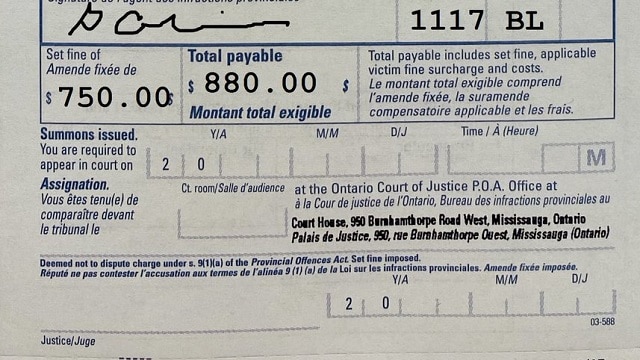 As part of the city’s ongoing weekend blitz to attempt to curb the spread of COVID-19, security officers have been actively patrolling parks and issuing fines of at least $750 to residents who aren’t respecting physical distancing or abiding by the rules set out in Ontario’s emergency order.

Two such fines were recently issued to residents found using a closed park, according to Mayor Bonnie Crombie.

Crombie says the two were using a city skate park that was clearly designated closed and were not practicing physical distancing.

“They were aware of the closure but used the park anyways,” the mayor said. “This behaviour won’t be tolerated.”

We've issued 2 x $750 tickets for failure to abide by Ontario’s emergency #COVID19 order. Both were using a clearly signed skate park and disrespecting physical distancing. They were aware of the closure but used the park anyways. This behaviour won't be tolerated. pic.twitter.com/LicUUqPufk

In addition to fines of at least $750, officers are barricading the entrances to park parking lots where possible.

City parks and trails remain open for public use but residents are reminded to keep two metres (six feet) away from other people (not members of their household) while outdoors.