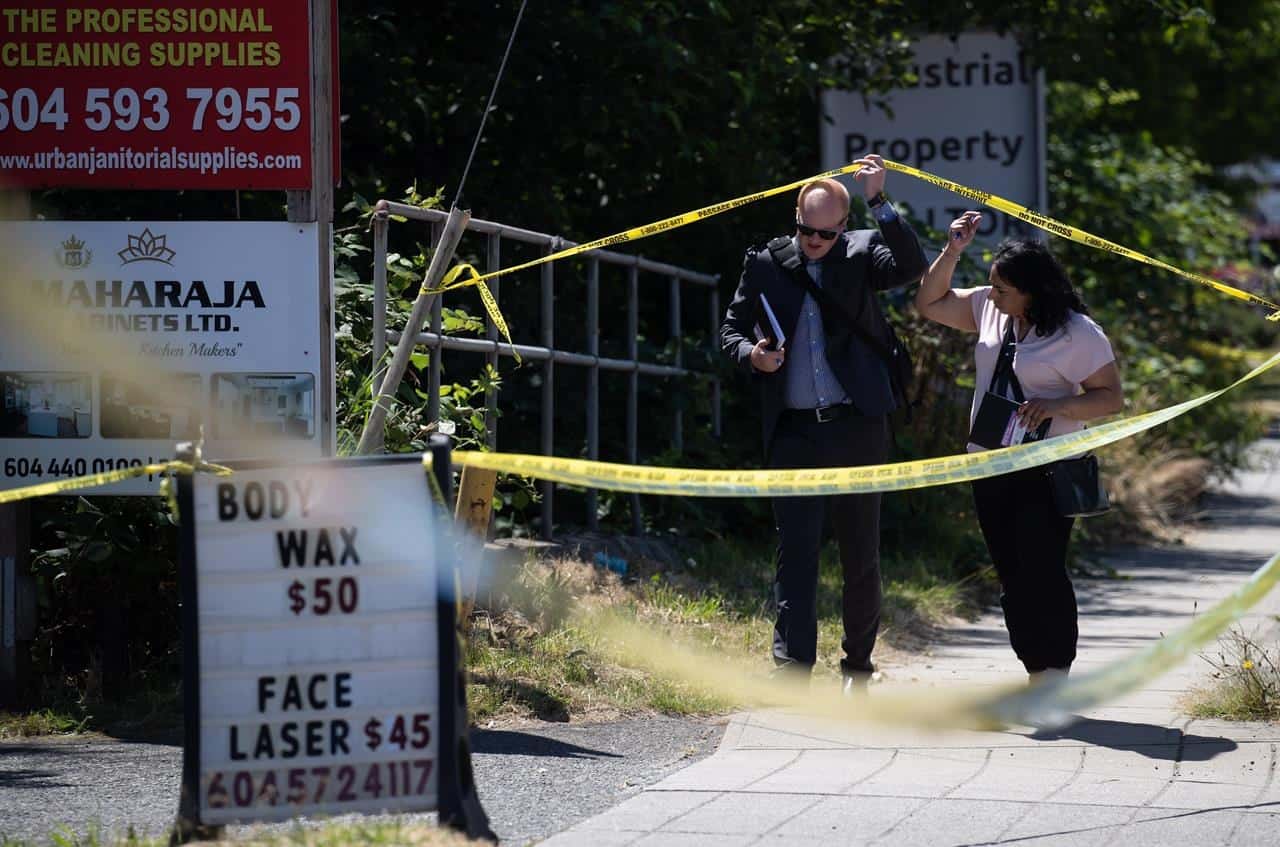 Two men have been charged with first-degree murder in the death of Ripudaman Singh Malik.

Malik, the man acquitted in 2005 for bombings aimed at Air India jets that killed 331 people, was shot in his vehicle outside his business in Surrey, B.C., on July 14.

Police said after the murder that a vehicle with people inside had waited for hours that morning before Malik showed up and he was shot at about 9:30 a.m.

The same vehicle, a white Honda CRV, was found burned not far from the scene of the shooting.

Police released a photo and video of the car driving through a strip-mall parking lot, but didn’t specify the number of people in the vehicle, saying they did not want to “taint” potential witnesses.

An employee who works at a nearby car wash said he heard shots on the morning Malik was killed and ran outside to find him unconscious in his red Tesla.

In 2005, Malik and his co-accused, Ajaib Singh Bagri, were found not guilty of murder and conspiracy in the Air India bombings that occurred on June 23, 1985.

Air India Flight 182 departed Pearson Airport in Mississauga with planned stops in Montreal and London, England before continuing on to Mumbai, India. However the plane never made its stop in London.

One bomb was in the jet’s cargo hold. The bomb went off causing the plane to disintegrate in midair. Debris crashed into the Atlantic Ocean off the coast of Ireland, killing all 329 passengers and crew. Only 132 bodies were recovered while 197 remain lost at sea.

The bombing stands as the deadliest terrorist attack in Canadian history.

About an hour after Flight 182 exploded a bomb destined for another Air India plane went prematurely at Tokyo’s Narita Airport,  two baggage handlers died. The bomb didn’t make it to the plane because the bombers had not accounted for Japan’s lack of Daylight Savings Time.

A later Canadian inquiry into the attack identified  Talwinder Singh Parmar, then 48 was the true mastermind behind the attack. Parmar was shot and killed by Indian police in 1992.

With files from The Canadian Press and Declan Finucane.