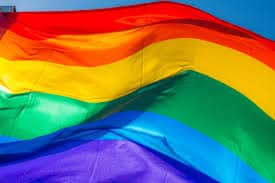 Two youths have been arrested for burning a Pride flag at a Mississauga park.

Investigators from Peel Regional Police say they made the arrests after studying a video that was circulated on June 8 that showed the burning of the flag that reports say occurred at a park near Westacres Public School.

Investigators say they made the arrests of two male 16-year-olds after consulting with the office of the Peel Crown Attorney. Both of the teens have been referred to the Youth Pre-Charge Diversion Program.

Under the program the pair will be held accountable for their actions and will be assisted in not re-offending.

If they successfully complete the diversion program they won’t face criminal charges. If they are unsuccessful in the program they can be charged with a crime.

Because of the ages the two youths cannot be named.