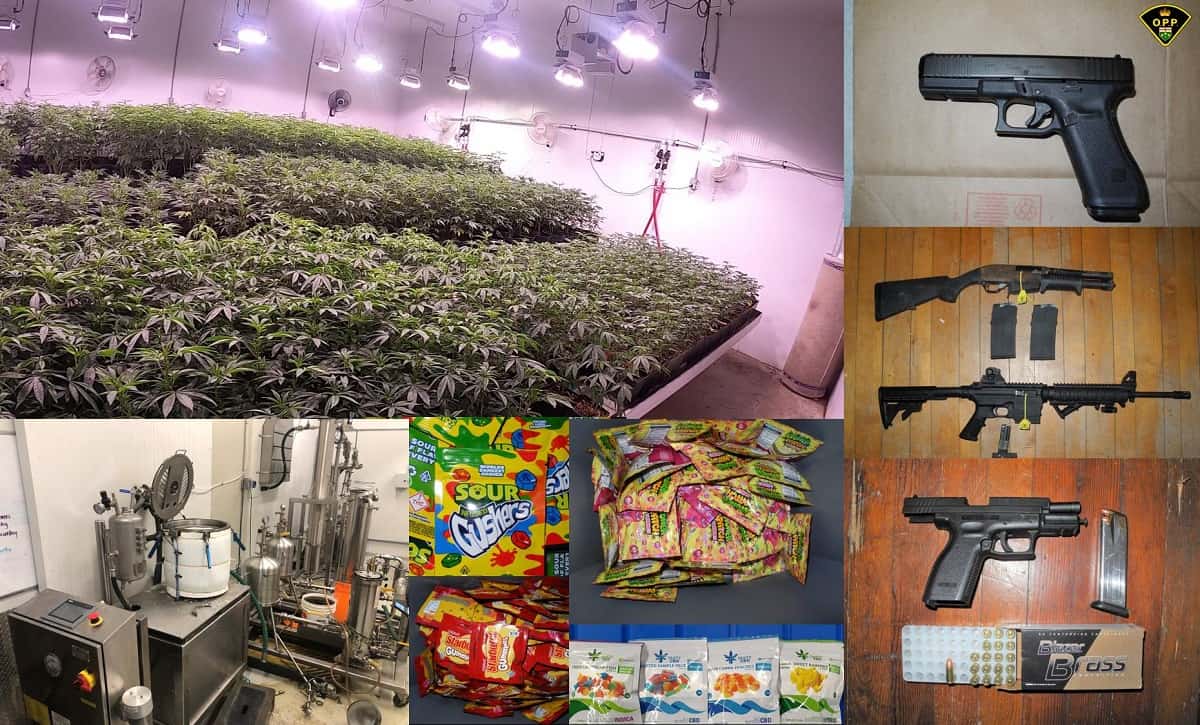 A multi-police agency drug bust resulted in the seizure of drugs with a street value of $32 million and led to the arrest of 21 people who now face a total of 118 charges. — OPP handout

Two Hamilton residents are among 21 people facing charges in relation to a recent massive drug bust carried out across several Ontario municipalities.

According to the OPP, a 16-month investigation into a drug trafficking network led to the seizure of more than $32 million worth of illegal cannabis and its derivatives.

The investigation also led to the arrest of 21 reported members or associates of a criminal organization who now face 118 offences under the Controlled Drugs and Substances Act (CDSA), Cannabis Act and Criminal Code, including charges related to organized crime.

Police said they were able to identify a sophisticated criminal organization responsible for an illegal cannabis website with delivery service in London, Kitchener, Hamilton and Toronto.

“The members and associates of this criminal organization have also been involved in the exportation of illegal cannabis and cannabis derivatives to numerous locations domestically and worldwide, including Europe and South America,” an OPP press release said.

Throughout the course of the investigation, two clandestine cannabis extraction labs were uncovered in Brampton and Middlesex County, both of which have since been decommissioned and dismantled. 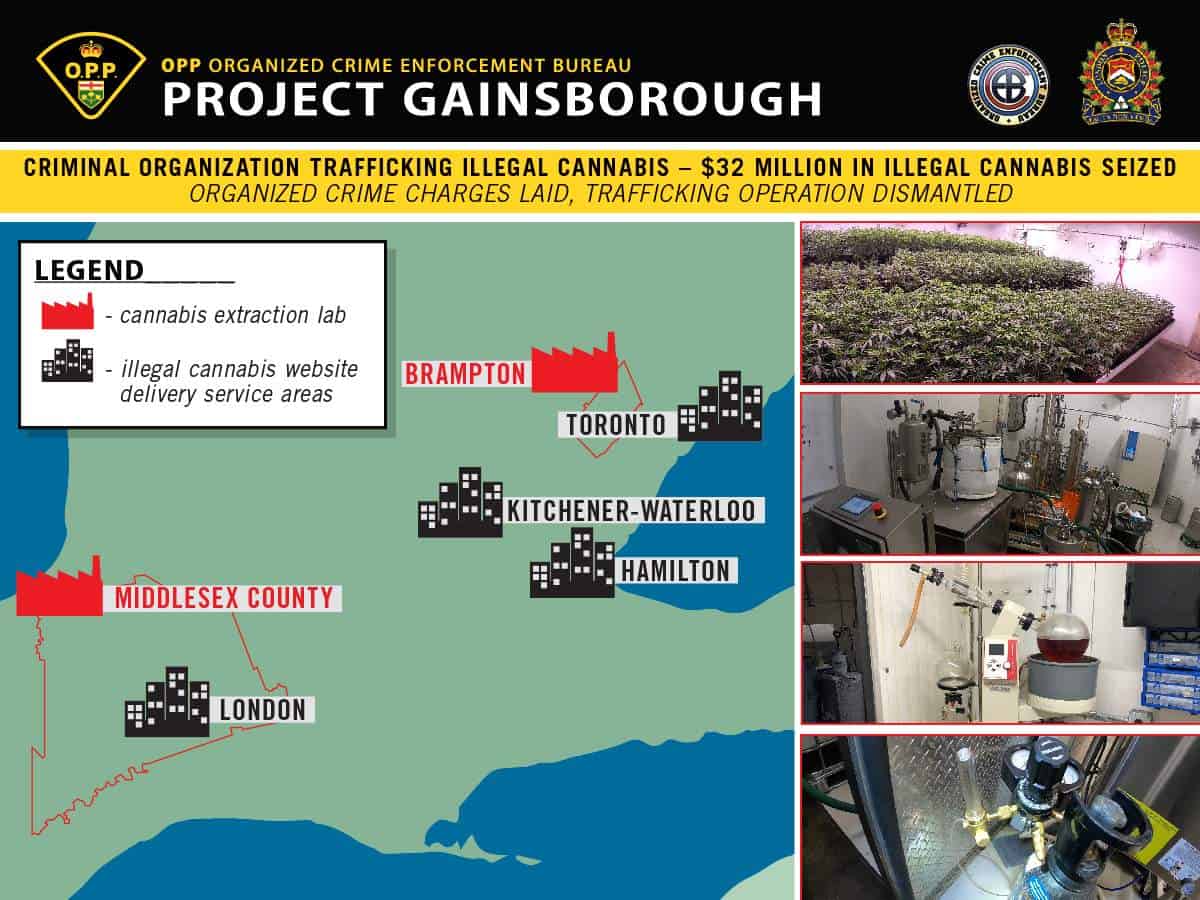 As a result, police seized:

Of those arrested in connection to this case, two are from the Hamilton area:

He is scheduled to appear in court on Dec. 3.

She too will appear in court on Dec. 3 to answer the charges.

Of the others arrested, 14 are from London, two are from St. Thomas and three are from Tillsonburg and they range in age from 21 to 73.