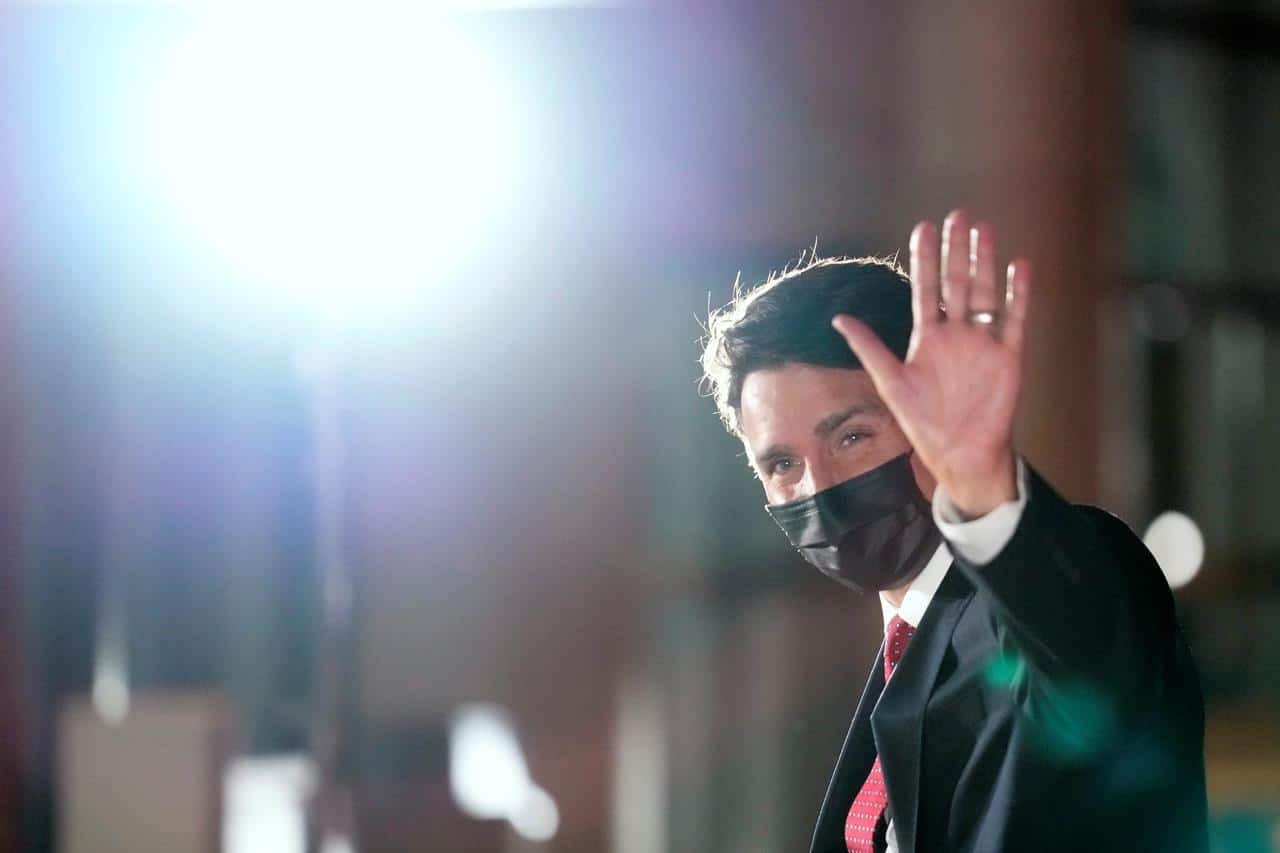 Hundreds of people surrounded the stage Tuesday evening, where he was introduced by former prime minister Jean Chrétien.

Supporters mobbed Trudeau at the end of the event, despite organizers asking people to stand in squares taped on the ground.

Liberal staffers said there were about 400 people in attendance and the gathering met local COVID-19 rules limiting indoor venues to half capacity.

Media reports say the venue had a maximum capacity of 1,000 people, so the gathering was permitted under Ontario’s current COVID-19 regulations.

Trudeau says it’s important to recognize that as nearly 80 per cent of eligible Canadians are vaccinated, it’s increasingly possible for those people to return to “doing the things we love.”

The rally was also attended by 100-year-old former Mississauga mayor Hazel McCallion, who said after the event she didn’t agree with calling an election during the pandemic but nevertheless hoped Trudeau’s Liberals win a majority.