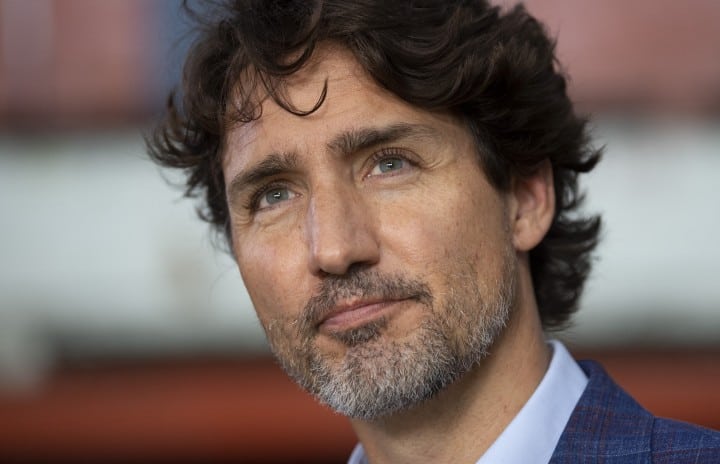 OTTAWA — A new poll suggests Prime Minister Justin Trudeau would be well placed to fight an election this fall, seen as the leader best able to care for Canadians during the COVID-19 pandemic and to get the economy back on its feet.

Respondents to the poll, conducted by Leger and the Association for Canadian Studies, were split about the prospect of a confidence vote triggering a federal election this fall, with 42 per cent opposed to an election and 38 per cent in favour.

The Bloc Quebecois were at 33 per cent in Quebec, statistically tied with the Liberals in that province at 32 per cent, with the Conservatives well behind at 16 per cent, the NDP at 12 per cent and the Greens at four per cent.

When asked specifically which party would earn their vote should Erin O’Toole be at the helm of the Conservatives, Liberal support actually bumped up one point while Conservative support dropped to 27 per cent.

However, the poll suggests O’Toole — who was crowned Conservative leader in the wee hours of Monday morning, one day after the survey was completed —  is an unknown quantity for a majority of Canadians.

While Conservative fortunes could improve as voters get to know O’Toole, the poll suggests he will need time to make a dent in their largely positive impression of Trudeau.

Respondents rated Trudeau by a significant margin as the most decisive, intelligent, and charismatic leader and the best communicator. He was also deemed the most caring and compassionate, although on that score NDP Leader Jagmeet Singh was rated a relatively close second.

Singh got top marks on honesty and integrity, with 24 per cent saying he best shows those qualities, compared to 16 per cent for Trudeau, who has been mired for months in the WE Charity scandal, and 12 per cent for O’Toole.

In Quebec, Bloc Leader Yves-Francois Blanchet was rated the most honest, decisive and intelligent and the best communicator.

On the issues that would likely dominate an election campaign in the fall, Trudeau enjoyed a substantial lead over rival leaders. (The Greens, who are in the midst of a leadership contest were not included in these questions).

He was seen as the leader who’d do the best job getting Canada’s pandemic-ravaged economy back on track by 30 per cent, compared to 20 per cent for O’Toole, 11 per cent for Singh and just three per cent for Blanchet.

He was rated the best leader to manage the federal deficit, projected to hit almost $350 billion this year due to the pandemic (27 per cent to O’Toole’s 23 per cent, Singh’s nine per cent and Blanchet’s three per cent).

He was also rated the leader who’d do the best job caring for Canadians hurt by the pandemic (35 per cent to O’Toole’s 13 per cent, Singh’s 19 per cent and Blanchet’s four per cent)

And he was seen by far as the leader who would best keep Canadians safe from a second wave of the deadly coronavirus that causes COVID-19 (39 per cent to O’Toole’s 13 per cent, Singh’s 12 per cent and Blanchet’s three per cent).

Trudeau last week prorogued Parliament until Sept. 23, when he intends to introduce a throne speech laying out a post-pandemic recovery plan for the country. Trudeau has all but dared opposition parties to bring his government down over the throne speech, which will be put to a confidence vote.

Leger executive vice-president Christian Bourque said Liberal support has rebounded since the WE Charity affair exploded in late June. But it could dip again if there are new revelations or when the federal ethics watchdog releases the findings of his investigation into possible conflict of interest violations by Trudeau and his former finance minister, Bill Morneau.

If it weren’t for that ethical cloud hanging over the government, Bourque said the poll suggests a fall election “would be great timing for Mr. Trudeau” — while O’Toole is still unknown.

“I think the Conservatives need time,” Bourque said in an interview, adding that Blanchet is the only leader for whom there appears to be no potential downside to a fall election.

The online survey of 1,516 adult Canadians was conducted Aug. 21-23. It cannot be assigned a margin of error because internet-based polls are not considered random samples.

The poll also gauged Canadians’ views on the pandemic and its impact on the economy.

Forty-three per cent of respondents said they fear the economic crisis, already the deepest since the Great Depression, will get worse in the next 12 months; only 21 per cent believe it will get better while 25 per cent think it will stay the same.

Fully 77 per cent predicted there’ll be a second wave of the pandemic. And 58 per cent said they think it is likely that over the next three months the country will be plunged back into lockdown, with businesses closed and citizens ordered once again to stay at home.