Top 5 Most Popular Videos in Mississauga in 2016 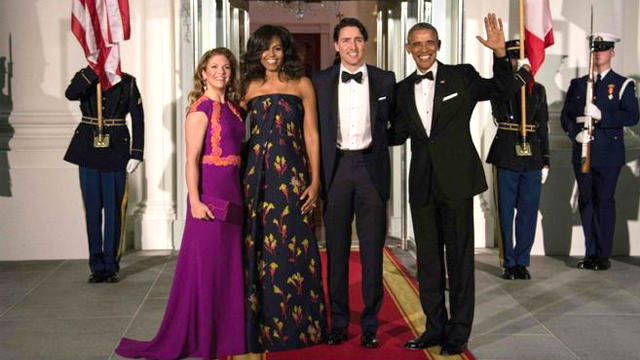 It’s no secret that 2016 was, for most, a pretty ho-hum year (to put it mildly). We lost a shocking amount of talented artists and musicians, a horrific war continued to rage in Syria and the U.S. experienced a very, very strange election turn-out.

While the year won’t go down in history as one of the best, there were some happy times–in Mississauga, at least–to make the year a little brighter. There were also bizarre explosions, interesting construction projects, natural phenomenons, a fun mispronunciation, a gang of alleged outlaws wreaking havoc on the roads and a very memorable, profanity-laden brawl in a superstore parking lot. Two videos actually went viral and made it onto U.S. news channels.

Here’s a look at insauga.com’s top 5 most watched videos from 2016.

5) Timelapse Video of the Supermoon

If you missed the supermoon, no need to worry—we’ve got a spectacular video just for you in three views! According to Space.com, the year’s biggest supermoon was November’s full Beaver Moon and it reached the peak of its full phase on Monday, Nov. 14 at 8:52 a.m. Although that might seem like a slim margin of time, the moon remained visible (and vibrant) for some time afterwards. According to Space.com, this moon was special because it was both the closest and brightest supermoon of the year and the largest since 1948. The moon won’t be as close again until Nov. 25, 2034.

Enjoy the video below, shot by Pascal Marchand – The 4K Guy

President Obama, who spent some time with Canadian Prime Minister Justin Trudeau this year, has been to Mississauga. He’s just not quite sure how to pronounce its name — and who can blame him? It does have many intimidating S’s. Thankfully for him (and us), a few helpful Canadian journalists helped him nail the name of our fair city on Twitter. As for Obama’s Canada connection, his younger sister Maya Soetoro married a Burlington man named Konrad Ng in 2003. He attended his sister’s Toronto wedding and then drove to Niagara Falls. Driving along the QEW in search of a little Canadian scenery? He really is just like us — plus a few extra (but minor) responsibilities pertaining to missiles and general leadership.

Back in May, a raucous brawl broke out in a Costco parking lot in Mississauga. The cause of the dust up? A dispute over a parking spot. The video is absolutely crazy and shows a man violently shoving a woman to the ground and a man bleeding heavily from his forehead. While Peel police were called to the scene of the brawl, no charges were laid. The lesson here? The world is full of parking spots and no slice of pavement is worth fighting over–especially when there are children nearby. And remember that there’s always someone out there ready to film your impromptu fist fight.

Oh, and this video made it onto TMZ.

In this video taken by Pascal Marchand – The 4K Guy you can see a mob of 100 bikers on Mississauga streets riding around before crashing into one another on Dundas Street West by Erindale station. The video shows a large group of motorcycles going south along Erin Mills Parkway. They were popping wheelies and weaving around cars to get through the intersection at Erin Centre Blvd. and the event made news everywhere–especially since the aggressive cyclists still appear to be at large.

Back in June, the entire city was rocked by news that a house suddenly exploded. The Hickory Drive home, occupied by two people, exploded on June 28 and left incredible damage in its wake. The two homeowners, Robert Nadler and Dianne Page, were killed in the blast and nearby homes and properties were damaged. The explosion displaced multiple residents (some of whom had to have their own homes demolished for safety reasons) and launched a long investigation into what, exactly, caused the deadly blast.

This news story made its way onto CNN.

In the early morning hours of Sunday, Oct. 30, construction crews were on scene at a massive bridge demolition above highway 401 in Mississauga. The Second Line West bridge was demolished as part of a long-term project to expand the highway. As you can see from the video, the first part of the footage shows an aerial view and the second part shows a ground view of the impressive display of heavy machinery. It’s extra fun because it sounds like a rollercoaster the entire time.