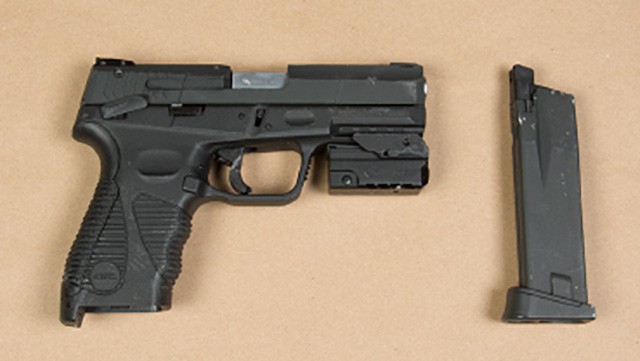 Peel police allege that on the afternoon of Feb. 9, 2021, four suspects entered a financial institution in the City of Woodstock to commit a robbery. Police say that the suspects arrived in a vehicle that was allegedly stolen that same day in Brampton.

Police allege that during the robbery, one member of the group brandished a firearm and struck a customer. Police say the employees and customers were forcibly confined in the bank and bound with zip-ties.

A quantity of money was taken and one customer sustained minor injuries, police say.

After coordinating with Woodstock Police Service, Peel police officers located the suspect vehicle in Mississauga. Police say that five suspects were arrested at this time, including the driver of a second vehicle allegedly involved in the robbery.

An imitation firearm was recovered during the arrests, police say, adding that a subsequent search warrant was executed at a residence in Mississauga, resulting in “offence-related property seizure.”

Anyone with information regarding this incident is asked to contact investigators with the Central Robbery Bureau at (905)453-2121 ext. 3402.