If you live or work or play in Mississauga, you’ve probably taken GO Transit at some point.

In fact, some residents use the Metrolinx-run transit system every single day (or every work day, at least).

One thing regular GO commuters might have in common? Leaving their personal effects—think gloves, umbrellas, hats and scarves—on the train. But while Metrolinx often sees gloves and scarves in the lost and found at Union Station, workers have found more unusual objects on the trains.

In a recent blog post penned by Thane Burnett, Metrolinx’s editorial content manager, a few of the crazier findings are discussed.

Burnett begins the blog by saying that Metrolinx customers have “remarkable ethics,” adding that the Union Station lost and found “regularly sees a fortune in misplaced cash passed in.”

Mississauga residents who happen to misplace their wallets should take comfort in the fact that their money might make it back to them.

Burnett says that honest travelers and customers often hand in wallets and money they find, which is then catalogued, deposited and moved to a secure location.

In the blog, Burnett says that, on most days, about 100 items are dropped off at the GO Transit lost and found office inside Toronto’s Union Station.

He says that in an average month in 2018 - last July, for example - 197 smartphones were passed in by passengers and passers-by. Burnett says 143 of those phones made it back to their rightful owners, while the forgotten phones were dismantled and recycled.

But some leavings are stranger than others.

Fortunately, Marbles was successfully reunited with his family.

I'm regularly woken up by media very early in the am—usually with urgent often bad news. But one summer morning an early call came to tell me a family had lost their Marbles on a GO train. That was one of my fav stories of 2018. I wonder how he's doing… https://t.co/ntmDl28B7c

Another interesting finding? A full front grill from a car (licence plate included). Its owner was never found.

Some customers also have a thing for classic weapons. 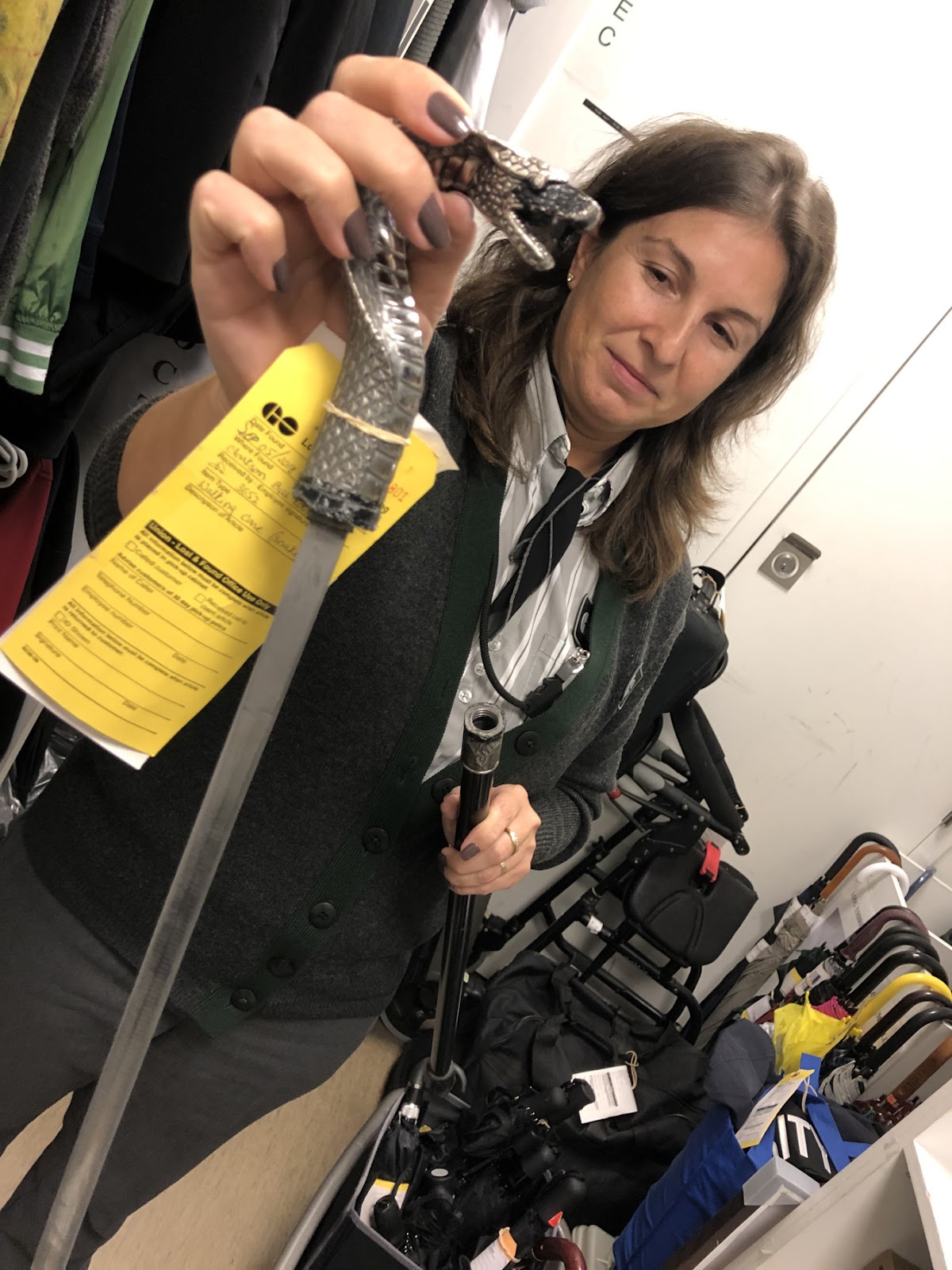 “There’s a sword hidden inside a silver cobra-headed cane waiting to be claimed in a back corner of the lost and found facility. Though sadly, it’s not part of a collection of custom blades lost a year ago by a female sword swallower,” Burnett writes.

Other unusual findings? Urns and ashes of people who are no longer with us and bundle of letters for Santa (rest assured, they made it to St. Nick).

A surprisingly common finding is cash, as wallets, bags and suitcases—many of them containing a great deal of money or even passports—are often left behind.

Burnett says that last year, there was a piece of luggage with $12,000 inside.

“The owner had left it on busy Front Street as her son picked her up,” Burnett writes, adding that another Metrolinx employee told him that she came to reclaim it like a “pair of gloves.”

Others are incredibly happy to recover much smaller amounts of money—including a tearful man who was happily reunited with the $120 he lost when he misplaced his bag.

Have you ever lost (or found) something strange on the GO train?

Popular fried chicken joint planning to open new location in Mississauga
If you love chicken and waffles, you might be excited to hear that a popular chain with locations in Toronto is heading to Mississauga in the not-too-distant future.
END_OF_DOCUMENT_TOKEN_TO_BE_REPLACED