Ever wonder how different Mississauga could’ve looked if the city had developed with different boundaries?

Until the 1960s, the Region of Peel was composed of a variety of small jurisdictions, both rural townships and incorporated villages. Mississauga was largely Toronto Township, with the towns of Streetsville and Port Credit on the south and western edges. But after the Second World War, suburban development was rapidly picking up in once rural areas like Toronto Township. With communities like Applewood and Park Royal not fitting the rural village mold, the province knew something had to be done.

The Province of Ontario dictates the borders and powers of all municipal bodies within Ontario. In 1965 the Province commissioned Thomas J. Plunkett to undertake a review of government structures and functions in the Counties of Halton and Peel.

In his report, Plunkett proposed dissolving the existing municipal bodies in the area, including all of the villages, towns, and townships, creating in their place two single-tier counties (one urban and one rural).

The Proposed Rural County of Peel-Halton would include communities like Caledon East, Bolton, Georgetown and Milton, joined by much of modern day Brampton. The Proposed Urban County of Mississauga would have included old Brampton, all of modern Mississauga, Burlington, and Oakville. 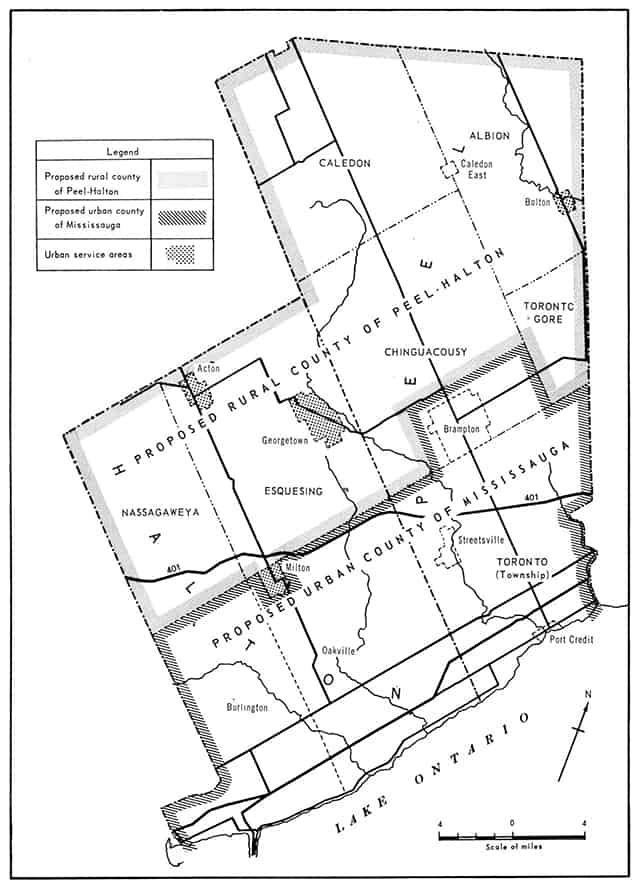 The Township of Toronto (Mississauga) replied that year with similar boundaries to Plunkett, which would instead draw the line at Steeles, moving old Brampton off to the City of Peel, with the City of Port Credit consisting of everything south of Steeles, and east of Winston Churchill. 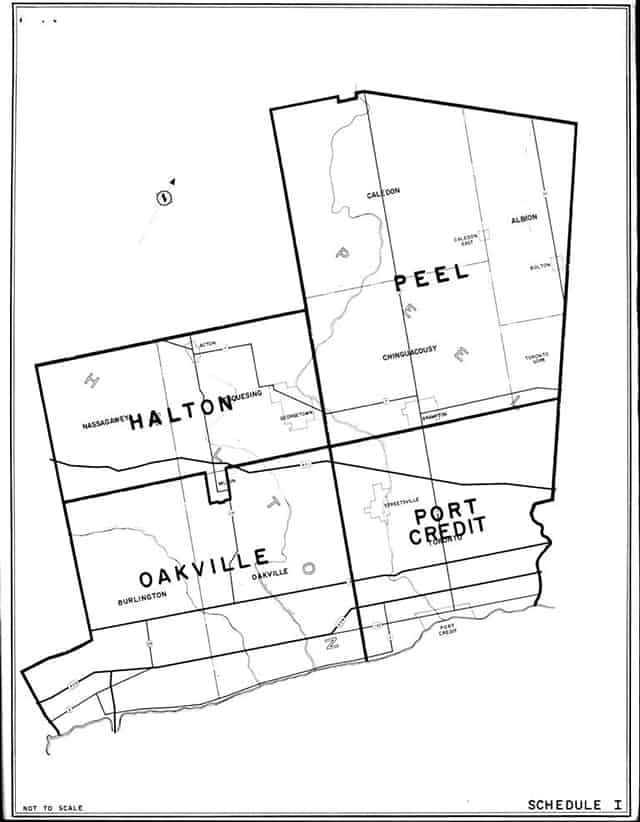 This wasn’t the only proposal that the Province considered. In 1969, the province considered one large Regional Municipality of Halton-Peel, with a variety of lower-tier municipalities (towns and cities). A chunk of Halton would have been passed off to Hamilton, while a chunk of Wellington County would be added to Halton-Peel. 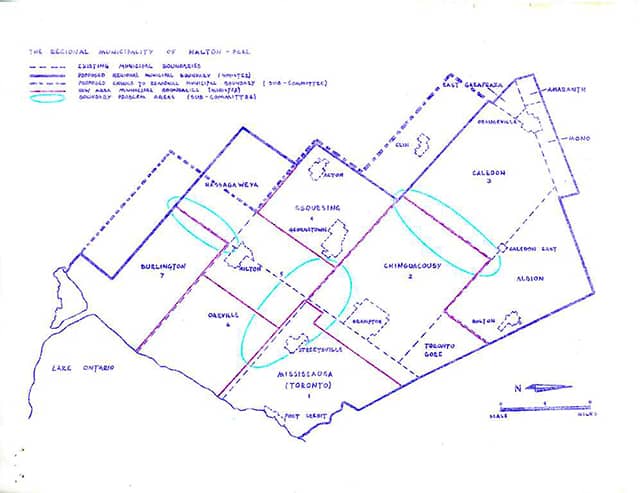 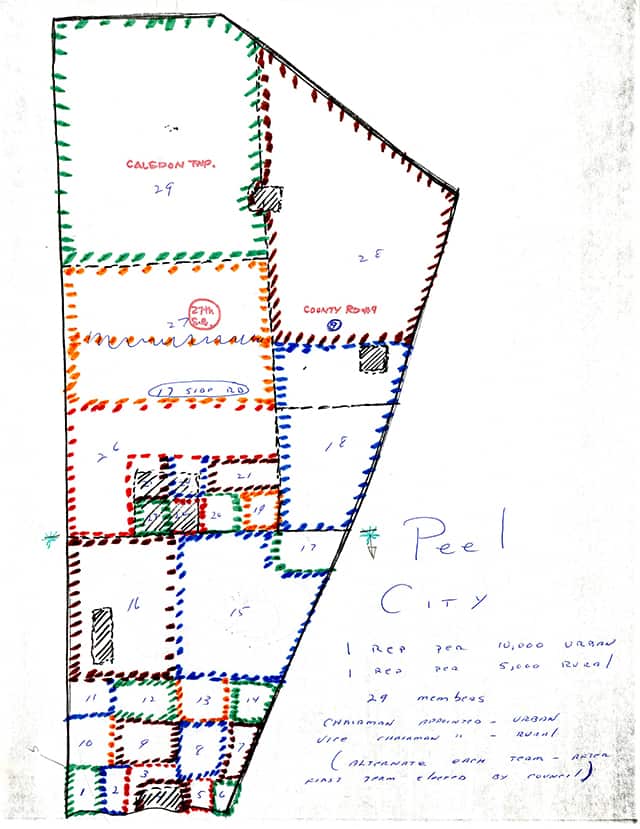 The final Reeve (essentially a mayor) of Chinguacousy Township, Dr. Bob Williams’ rural area included tens of thousands, a result of the creation of the Heart Lake and Bramalea subdivisions. In 1972, he proposed three “boroughs” in the Region of Peel. Each would have three times as many borough councillors as they’d have Regional councillors.

Dr. Williams still gave Mississauga the balance of power at council, as it has at modern Regional council, six votes to five. 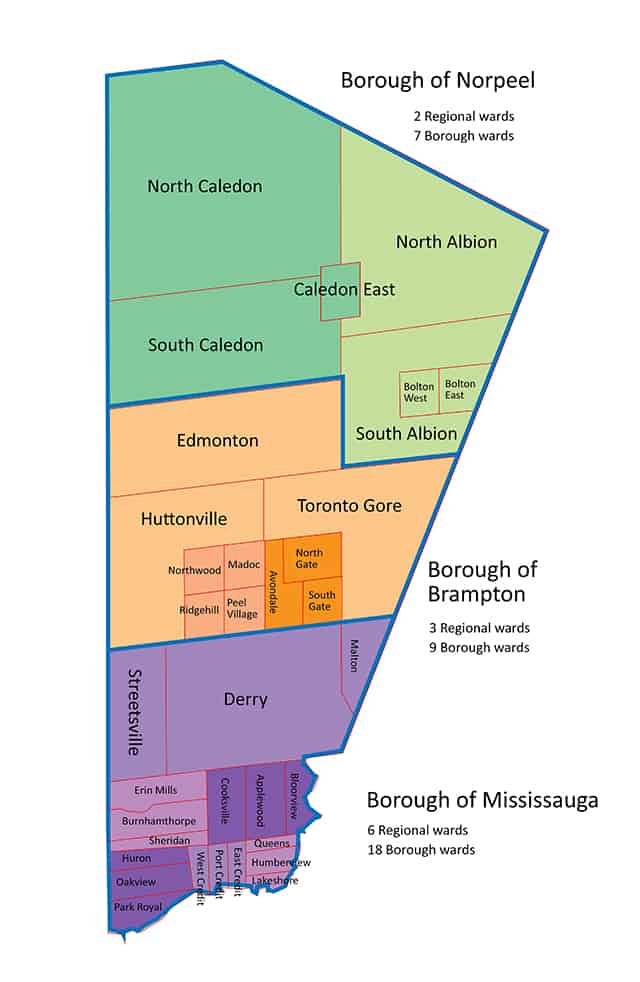 Here are three other proposals, all from around 1973. They’d see four or five lower tier municipalities, such as Mississauga as everything up to Derry Road, an option where Streetsville took the northwest area, Port Credit the entire lakeshore, and the remaining municipality was an odd backwards L, and another option where everything west of Hurontario was one city, and everything east plus Port Credit was a second city. 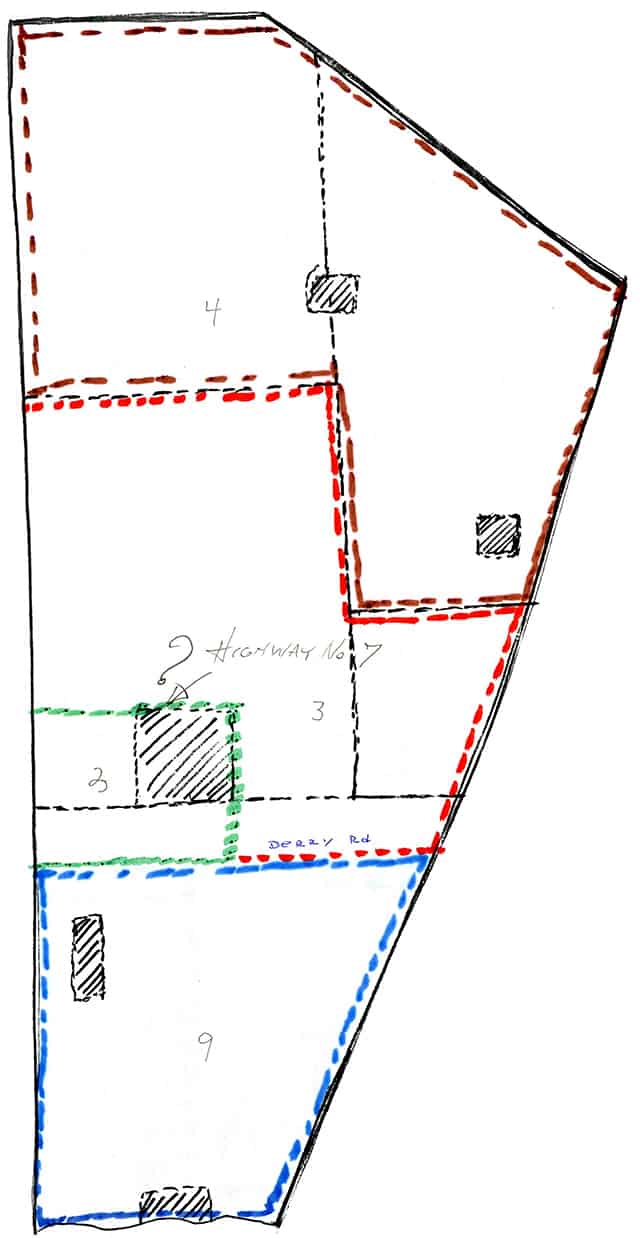 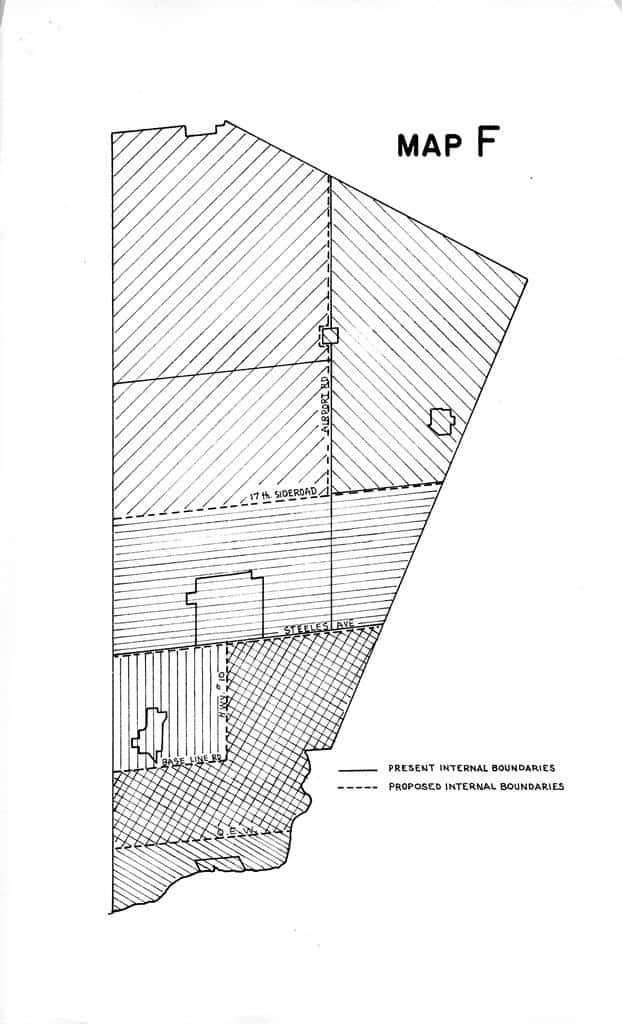 The Regional archives at PAMA has dug through its records, looking for never realized commercial and government projects. The resulting show, “Unbuilt Peel”, highlights some of the gems that were found. The public is welcome to visit the archives and take a look at the copy of the development proposal in the City of Mississauga fonds, and read about the many attractions in greater detail.