The history of Pride Month and the riot that started it all as Brampton, Durham, Hamilton, Mississauga and Niagara raise the flag 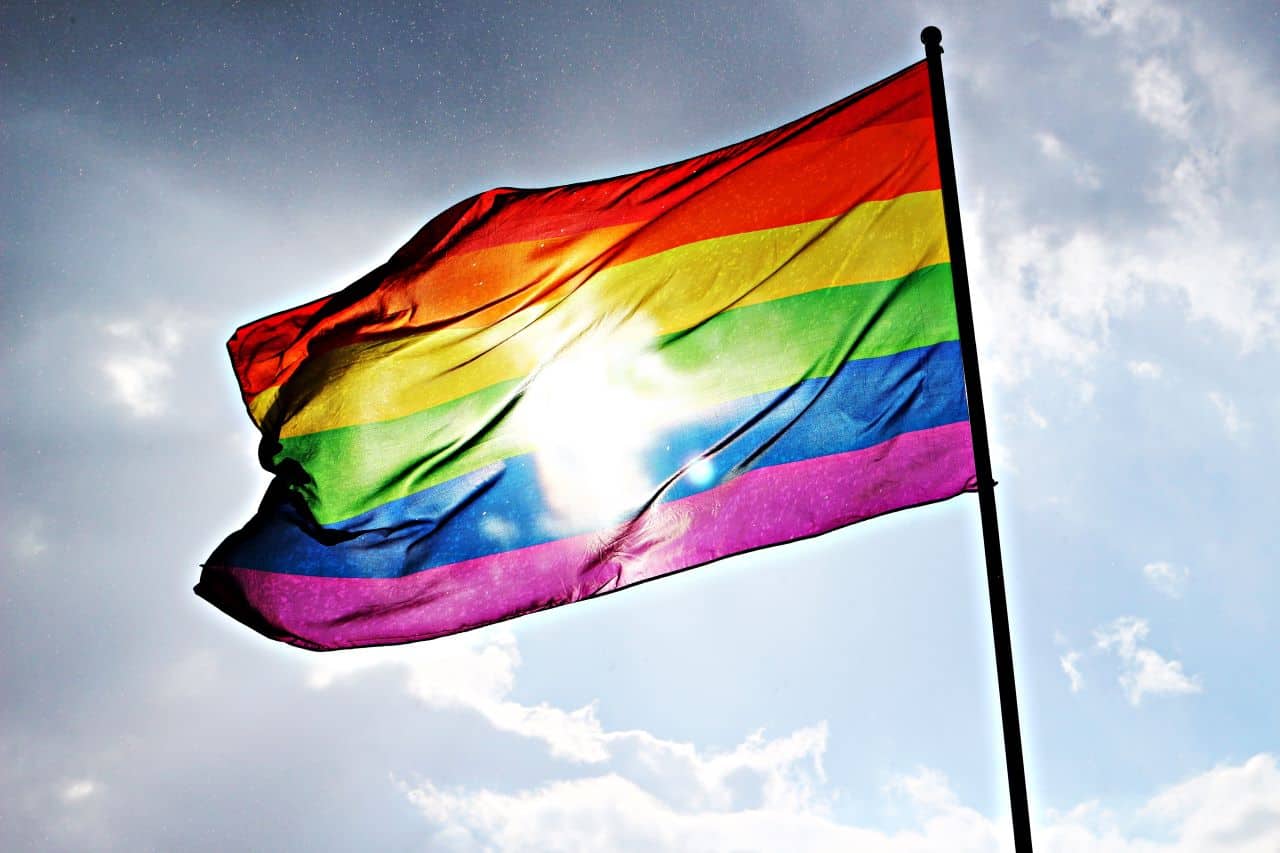 Marc Hall took the Durham Catholic District School Board to court so he could dance with his boyfriend at prom 20 years ago.

As communities around the world, from the other side of the ocean to right here at home in Brampton, Oshawa, Mississauga and Niagara, hoist high their Pride flags to celebrate the diversity of the LGBT community, it’s worth remembering the hard-fought battles that brought LGBT rights to its current place in the sun.

June has long been a month celebrating the LGBT community across the world. The first month of summer was chosen to commemorate the 1969 Stonewall Riots, the spark that lit the powder keg of the modern Gay rights movement.

Stonewall was preceded by protests and demonstrations throughout the highly-restrictive Fifties and Sixties.

During this period gays and lesbians in Senator Joseph McCarthy’s America were considered “subversives” susceptible to blackmail by Communist forces in the so-called “Lavender Scare.”

Nearly 2,000 people were denied government work, and nearly 5,000 were rejected from the Armed Forces by this moral panic. Meanwhile the FBI under J. Edgar Hoover, a long-suspected gay man himself, kept lists of suspected gay men, and the Post Office monitored their mail.

As Black Civil Rights movement developed concurrently, groups began to form to protest the treatment of Gays and Lesbians. Generally these groups, such as the Daughters of Bilitis (1955) and the Mattachine Society (1950), preferred non-confrontational picketing and education in effort to assimilate.

At this time now-commonplace gay bars were illegal. Almost all of them were operated by criminal enterprises such as the Mafia and none of them were owned by gay people. Local police forces raided even above board bars and arrested customers, who would be outed and shamed in the media.

While New York’s Greenwich Village had long been a home to a vibrant LGBT community, it developed a massive community drawn together in part by Beat poets Allan Ginsberg and William S. Burroughs.

Today, we raised the Progress Pride Flag to celebrate Mississauga’s 2SLGBTQ+ community & to mark the start of Pride Month.

New York Mayor Robert Wagner decided to combat this community with a campaign to shutter gay bars and entrap gay men. Officers began speaking to men in public. If the conversation veered toward them leaving together or the officer bought a drink for the victim, the victim would be arrested on a solicitation charge.

The New York Mattachine Society eventually convinced the next mayor, John Lindsay, to end this campaign after his 1966 election.

Shortly after in Canada then-Justice Minister Pierre Trudeau introduced his 1967 Criminal Law Amendment Act, which decriminalized private liaisons between gay and lesbian couples. “There’s no place for the state in the bedrooms of the nation,” Trudeau famously said, “what’s done in private between adults doesn’t concern the Criminal Code.”

One such bar was the Stonewall Inn, operated by the Genovese Mafia family. According to historian David Carter, Stonewall was known as “the Gay bar” in the city due to its demographic mix of patrons and its location.

Join us in celebrating the achievements and contributions of the LGBTTIQQ2SA community and #Brampton’s diverse Mosaic. #pridemonth2022 pic.twitter.com/nm27IL5VHE

The NYPD raided most every gay bar in the city around once a month, however according Carter, police decided to permanently shutter Stonewall in 1969 since the Genovese weren’t cutting them in on their blackmail of wealthy gay customers.

While usually tipped off about upcoming raids, Stonewall was caught unawares on June 28, 1969. Police infiltrated the 200 strong crowd and called in the Public Morals squad for a raid. They entered and barred the doors at 1:20 a.m.

Typically during these raids police lined up patrons, carded them (many used draft cards as ID) and those presenting female were taken to a bathroom to verify their sex. Any men dressed in women’s clothes were arrested. However, this time they refused to be inspected and the men lined up refused to provide identification.

The cops decided all 205 patron were coming to the station and all the liquor was going to be seized. Carter says a feeling of unease grew quickly as officers assaulted a pair of lesbian customers.

Police released anyone who was not going to be arrested out the front door, but instead of leaving they lingered in front of Stonewall and a crowd grew to watch the proceedings. Soon the crowd was ten-times the size of the number under arrest.

As the customers under arrest were led to newly-arrived patrol wagons, the crowd turned hostile. An officer shoved someone dressed in drag who in turn struck the officer with their purse. Beer bottles were thrown at the wagons.

Finally an officer struck a woman (believed by many to be Stormé DeLarverie, an entertainer and drag king) in the head with a baton. As she fought back against the cop, bleeding from her headwound, the crowd erupted.

Cops tried to restrain the growing mob, knocking people down as the inflamed crowd hurled beer cans and coins at the officer to “pay them off” after rumours spread of the reason for the raid. Ten officers barricaded themselves and some demonstrators inside Stonewall.

The assault on Stonewall was immediately intricately tied with gay liberation and chant of “Gay rights” rang out in the street as the the crowd tried to force their way into the bar.

The NYPD Tactical Patrol Force arrived and violently cleaved through the crowd to extricate their colleagues. Many demonstrators. were struck by batons and had to be hospitalized. A kick-line started in mockery of police which was quickly attacked by officers.

By 4 a.m. the riot was over. Village residents sat in stunned awe of the event for the rest of the morning. A follow up demonstration came along the next night, which also became a destructive riot. Ginsberg commented later, “You know, the guys there were so beautiful—they’ve lost that wounded look that fags [sic] all had 10 years ago.”

Happy #PrideMonth to all in the Two-Spirit and LGBTQIA+ communities in #HamOnt! Pride Month is the perfect time to celebrate everything that makes you…YOU and to recognize and embrace our uniqueness and diversity. #Pride2022 pic.twitter.com/UddNVHHXPd

The first Pride marches, known as Christopher Street Liberation Day, were held a year after the riots. Within two years all major American cities, as well as cities in Australia, Canada, and Europe hosted their own events.

“Up to 1969, this movement was generally called the homosexual or homophile movement… Many new activists consider the Stonewall uprising the birth of the gay liberation movement. Certainly it was the birth of gay pride on a massive scale,” said Kay Lahusen, who photographed the riots.

Contrary to the ‘myth’ the 1969 bill legalized homosexuality, Toronto historian Tom Hooper has said “1969 was a turning point, but not towards a more progressive society. Instead, it facilitated the decriminalization of homosexuality in Canada.”

This weekend, consider heading to Montebello Park in@St_Catharines for @PrideNiagara's "Pride in the Park".#NiagaraPride2022 #pride2022🌈

Montreal launched its first pride in in 1979 to commemorate Stonewall, following that city’s 1977 raids of Mystique and Truxx bathhouse.

Following its own raids of bathhouses in Toronto in 1981, the city launched it’s Pride event which in now the largest in the country. The Toronto Bathhouse Raids, a spiritual sequel of sorts to Stonewall (and another upcoming Insauga story) led to mass public outcry against police brutality and resulted in an outpouring of support of the LGBT community.

Despite this outcry Toronto Police continued to raid gay establishments up into the 21st century, with the Pussy Palace hit as recently as 2000.

This negative relationship between the LGBT community and police across Canada persists despite ostensible efforts to improve from police services. In the midst of the Black Lives Matter movement against police brutality in 2019, Toronto Pride banned uniformed officers from attending the festivities.

Police services across Canada have been working to be more accepting of the LGBT community as most now feature a Diversity and Inclusion division.

Though they were once (and still can be) instruments of the state in oppressing LGBT people, they too have gotten the message, after decades of resistance like Stonewall and the Bathhouse raids that they too need to fly the pride flag.

Today @DRPS proudly raised the Progress Pride Flag at all Divisions for the month of June as a symbolic gesture toward acceptance and inclusion. We are committed to helping create spaces that are welcoming and safe for all. @pflagcanada pic.twitter.com/qOlVfJCvl3