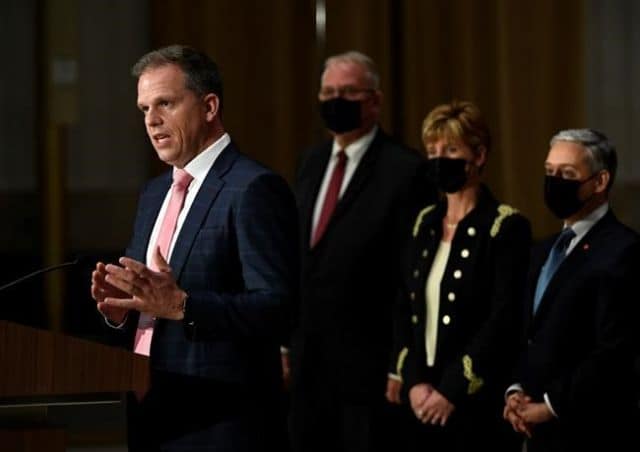 The evolution of Mark Holland from a “one-man rat pack” and “Perry Mason on steroids” to one that must negotiate with the opposition every day to find “common ground” is somewhat jarring to those who have known Canada’s newest Government House Leader since his early days in politics.

It may also be a sign that Holland, freshly turned 47, is maturing as a politician, though his baby-face that still makes him look like the 29 year-old first elected to the House in 2004 might make that assumption hard to fathom.

But Ajax MP Holland has matured, and his new statesman demeanour, along with his expertise in parliamentary procedure, made him the perfect choice of Prime Minister Justin Trudeau for his new role.

“It’s all about finding common ground,” Holland said of his new job. “In a minority government it’s not just about your party and your priorities. You have to do this across the aisle as well.”

It’s quite a bit different from his previous post as Government Whip, which involved a real whip – for display purposes only – and a talent for ensuring the Liberals were in their seats for important votes.

Holland, however, sees similarities between the two jobs.

“It was getting people together and on the same page. If you do your work well there was never any ‘discipline’ involved,” he said with a smile. “Despite the title there was no metaphorical whipping going on.”

Holland had no need of a whip – metaphorical or otherwise – when the firebrand version of himself first entered federal politics more than 17 years ago.

Back then he was a thorn in the side of the Stephen Harper government, sending journalists and political opponents to their thesauruses to find the right words to describe him. “A one-man rat pack on a mission to change the Hill,” was how CTV put it, and former Conservative leader Stockwell Day, a frequent target for Holland, coined the “Perry Mason on steroids” line, as well as “Caped Crusader.”

Macleans Magazine called him “Part Attack Dog, Part King-Maker” and even went as far as to call him a favourite on Parliament Hill for his “oratory skills and impressive head of hair.”

In those early days in Ottawa Holland was also voted ‘Best Up-and-Comer’ four times by the Hill Times and his profile continued to rise – some even suggested he could be future Prime Minister material – until his surprising defeat to Conservative Chris Alexander in the 2011 election. 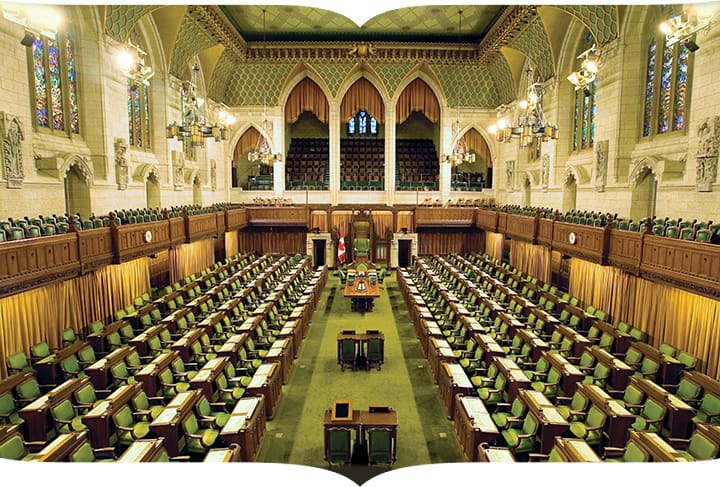 Four years later he was back with a vengeance, trouncing Alexander in the re-match by nearly 12,000 votes, and Holland has been re-elected handily twice since, earning more than 55 per cent of the vote each time.

Now as House Leader Holland is back in a position of prominence in what he calls his “dream job” with a new attitude and a new, more conciliatory approach. But those rat-pack early days have not been forgotten.

“Being an Opposition Critic was incredibly important. Democracy is fed by healthy dissent,” he said. “But my tone has tempered over the years.”

Besides, he added, listening to the Opposition and trying to find that “common ground” does not change the mandate of the government. He may no longer be the ‘Whip,’ but his party still has the hammer.

“We have to put forward a legislative agenda; to find a way forward to see that the business of the nation gets done,” he explained. “We won on a platform that received millions of votes and it’s our job to craft a legislative agenda that is reflective of the expectations Canadians have for the country.”

Whether this job puts him back on track for greater things is not important to Holland, who has been in politics since he was first elected to Pickering Council as a 23 year-old in 1997.

Justin’s Dad Pierre had a few prominent ministers in the role in the 1970s in Allan MacEachen (twice) and Mitchell Sharp, but unless you count Ralph Goodale – who Holland worked for as a Parliamentary Secretary – the list of names who have served in the position in the past 40 years is not exactly a who’s who of federal politics.

None of that matters to Holland. He is right where he wants to be.

“It’s a heavy task and a very challenging role to be given,” he said, remembering a visit to the House of Commons as a Grade 8 student and being in “total awe” of Parliament. “It’s just an exceptional honour.”