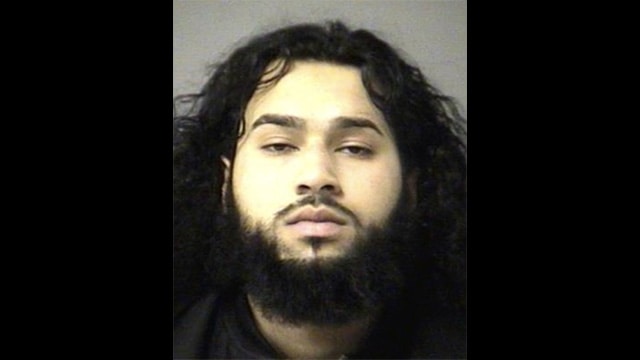 UPDATE: Police say the accused was arrested in April 2019 in connection with the alleged incident. He was held for a bail hearing and appeared in court on April 13. Police are no longer actively searching for the accused.

Police are searching for a suspect wanted in connection with an armed street robbery.

Peel police say 20-year-old Waleed Mehmood is wanted following an alleged street robbery with a firearm that took place in the Britannia Rd. and Creditview area in Mississauga.

Police allege that three victims were targeted in the incident.

Some cash and some personal property was taken over the course of the incident.

Mehmood is a described as a male of Middle Eastern descent who is 5’8″ with a heavy build.

He is wanted on robbery and failing to comply with recognizance charges.

Anyone who sees him is asked to call police.