Rare “Blue Moon” will be visible in Ontario this weekend 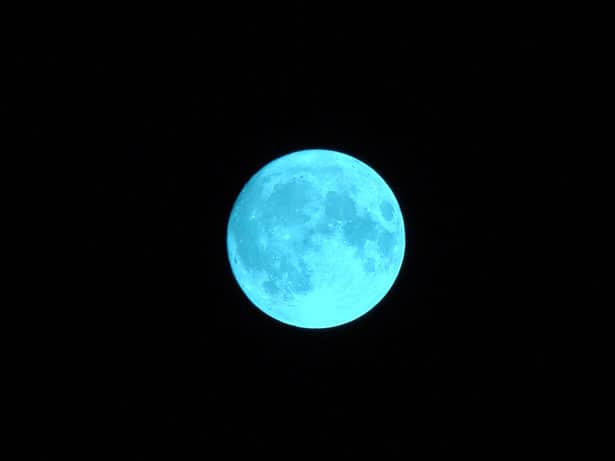 It only happens once in a blue moon. We’re talking, of course, about a Blue Moon, the rarest of which will pop up in Sunday’s night sky.

Over the years, a couple of different definitions have evolved about what exactly is a Blue Moon. The generally accepted one is anytime a full moon occurs for the second time in a month.

However, the more traditional meaning is when we get four full moons in the space of a single season. And specifically, it’s the third of the four moons that is considered ‘blue’.

The upcoming full moon this weekend will be a special one to see. It is the first summer Blue Moon we’ve seen in five years, and there won’t be another until 2024.

Take a few moments on Sunday night to pause and look up into the night sky. Venus will be there, near the western horizon, early in the night. Jupiter and Saturn are up nearly from dusk ’til dawn these days. Plus, the bright full moon which rises that night will be a special Blue Moon — the third full moon in a season with four full moons.

Usually, any particular season of the year will have three full moons. However, every three years or so, simply based on when the full moons appear, we’ll have a season with four full moons.

This happens when the season’s first full moon occurs with a few days of when the season begins. Then, because the time between full moons is only 29.5 days, the following three will occur earlier and earlier in their respective month. The fourth one will, therefore, occur just before the end of the season.

The next traditional Blue Moon will be Aug. 19, 2024, the third full moon that summer.