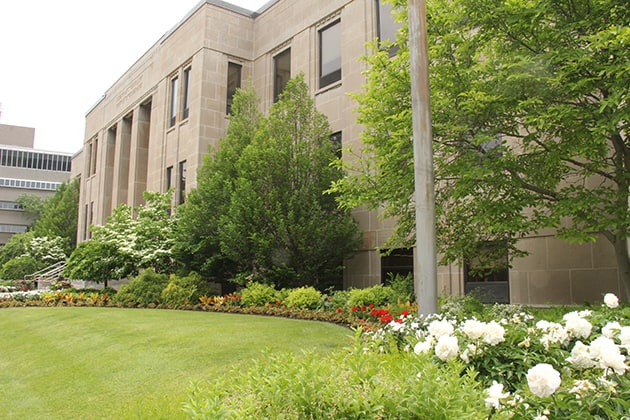 The City of St. Catharines will not hold Canada Day events, following the confirmation of hundreds of unmarked graves of Indigenous children at former residential school sites.

Mayor Walter Sendzik, according to multiple reports, made the announcement at the start of Monday’s city council meeting. Following a moment of silence for the victims of the residential school systems, Sendzik said this was not “a moment of pride,” but rather one for reflection, education and reconciliation.

Any events the city would have held would have been virtual due to the COVID-19 pandemic. As a result of the decision, there will be no virtual events or messages of celebration on the city’s website.

Flags were flown at half-staff throughout Niagara Region over the weekend, in the wake of a search led by Cowessess First Nation confirming that the remains of at least 751 Indigenous children are buried at the site of the former Marieval Indian Residential School site in southeast Saskatchewan.

On Monday, Brock University women’s and gender studies professor Dr. Robyn Bourgeois, who is a Cree woman from Syilx and Splats’in territories, told InSauga that the findings of the graves should not be called discoveries. Rather, they are confirmation: “We have always known — the rest of Canada is just catching up with us.”

Prior to the search at Marieval, the remains of 215 children were confirmed buried at a site in Kamloops. B.C.. Other searches confirmed unmarked graves in Manitoba and Saskatchewan.

The city’s choice was lauded by one local activist.

“I believe it is possible to be a proud Canadian at the same time you feel shame and so many other negative emotions,” wrote Ed Smith, founder of A Better Niagara. “St. Catharines you have done the right thing.”

I'm not sure what the right words are for something like this. I believe it is possible to be a proud Canadian at the same time you feel shame and so many other negative emotions. St Catharines you have done the right thing.