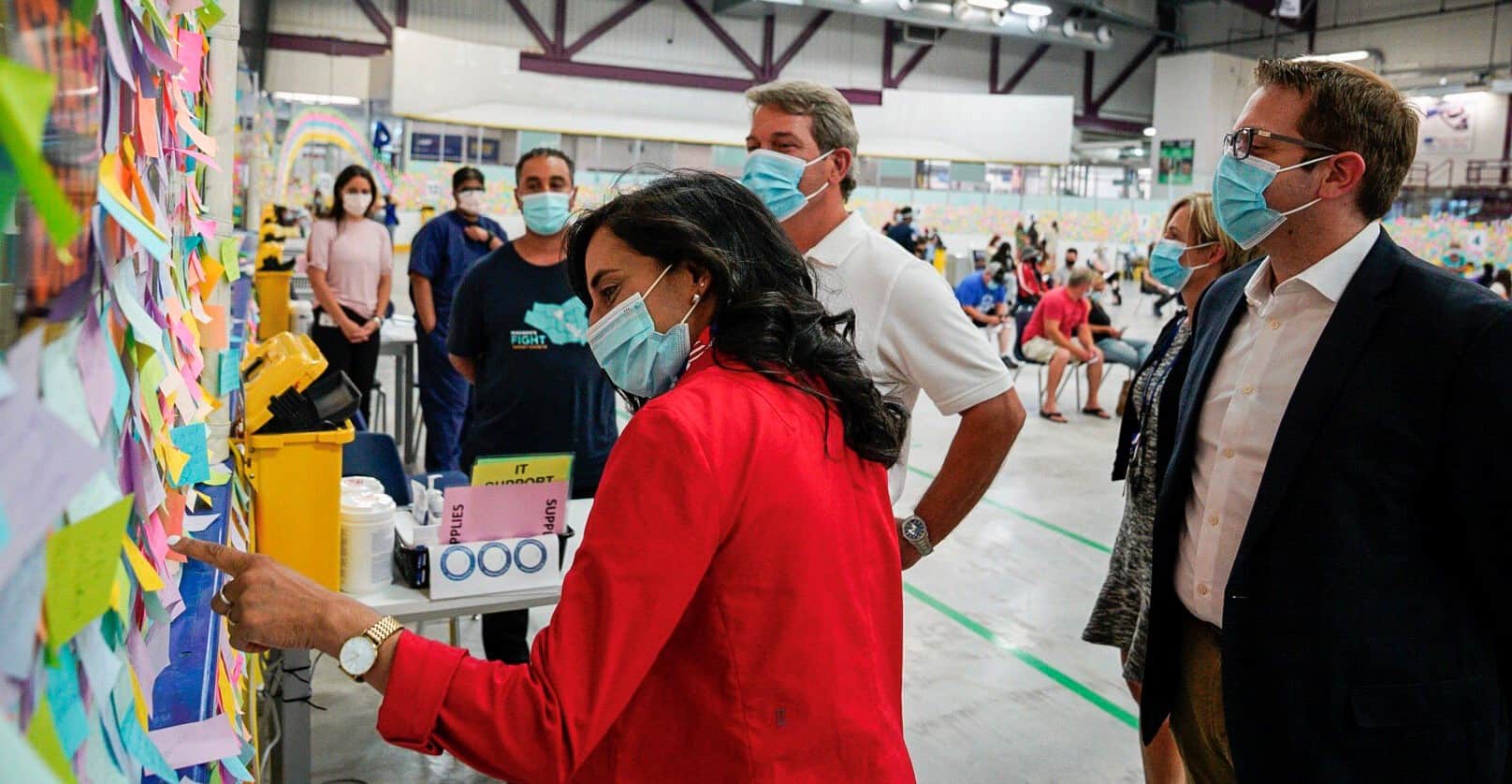 The Seymour-Hannah COVID-19 clinic in St Catharines will be shutting down mid-August.

In an indication that Niagara Region has a strong handle on mass vaccination, the Seymour-Hannah clinic has carried the lion’s share of getting the jab in residents’ arms.

As of yesterday (July 22), the region’s largest clinic managed to get 240,000-plus vaccinations to residents, a sizable percentage of the 596,236 total vaccines given.

Niagara Health said while Seymour-Hannah would be shutting down in less than a month, a smaller clinic would be opened at the St Catharines hospital.

With 69 per cent of Niagara residents receiving their first shot, another 55.4 per cent are now fully immunized.

By mid-August, the fully-vaccinated Niagara residents should be hovering closer to 80 per cent while single shots are expected to be near 90 per cent.

Besides its efficiency, the Seymore-Hannah clinic may be best known for its Post-It “Notes of Hope.” Spread across the arena – on both its walls and hockey board – the notes from residents and local dignitaries were meant to encourage vaccine receivers through the pandemic.