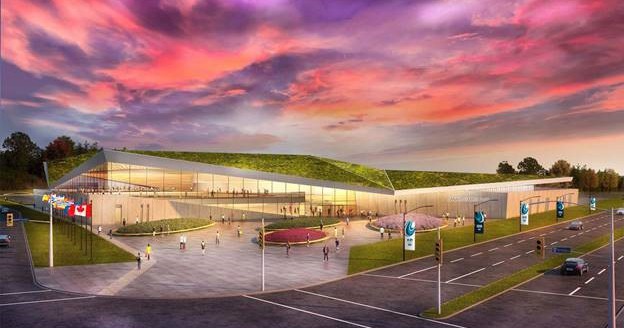 St Catharines MP Chris Bittle says the massive Walker Sports and Abilities Centre being built at Brock University “will be ready in December,” well ahead of its national debut at next August’s 2022 Canada Summer Games.

Bittle had a chance to tour the 210,000-square-foot sports facility yesterday (August 4) and said afterwards, “The facility is taking shape.”

While the federal government was just one of many financial contributors to the stadium, Bittle did say he was proud of the senior government’s “investment of $29 million (which) has helped secure Niagara an incredible facility to train our athletes for years to come.”

Last month, there was an announcement on-site that finally gave the facility its final name.

With St Catharines Mayor Walter Sendzik at his side, Geordie Walker, the fifth generation CEO and president of local industrial giant, Walker Industries, told the crowd the new multi-million dollar sport complex would be named the Walker Sports and Ability Centre.