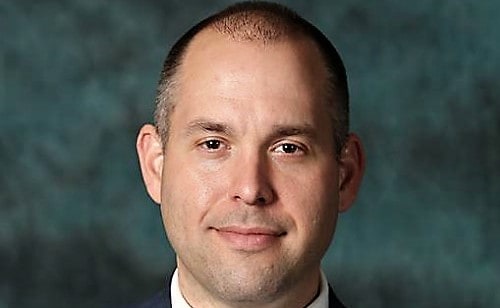 St. Catharines just announced that Sandor Csanyi has been appointed the new Director of Legal and Clerk Services and City Solicitor but he’s hardly walking in cold.

Csanyi has already served in the city’s legal department since June 2017, serving as Assistant City Solicitor and as such, helped the city and former legal director, the now-retired Heather Salter, through any number of litigation issues.

For his part, Csanyi, with a dozen years of law under his belt, is happy to be staying in St. Catharines’ City Hall.

“I have truly enjoyed my experience here at the City of St. Catharines, and working with such a great team,” he said. “I am excited to be able to continue on in such an important leadership role, working with City Council and staff to serve the best interests of our residents.”

As director, Csanyi will be responsible for overseeing the Legal Services department and the Office of the City Clerk and advising and representing City Council in matters of law.

The director is also responsible for advising all City departments with matters of legislation, regulation and procedural requirements. Nearly every since departmental report that comes to council is run through legal as a matter of potential liability.

“Sandor has been a great asset to the City since joining us in June 2017, supporting a wide variety of complex issues during his tenure, and also playing a key role in helping the corporation navigate the legal framework throughout the pandemic,” said St. Catharines CAO David Oakes.

“His leadership, strong sense of strategic foresight, and experience has demonstrated he is a great fit for this role.”

He spent seven years as a litigator in the private sector throughout Ontario before joining St. Catharines. He held the role of Assistant City Solicitor/Prosecutor for the City from June 2017 to April 2022, when he was named acting director of Legal and Clerks Services and City Solicitor upon Salter’s retirement.

His new position – or rather promotion – began with the start of 2023.