Something Unique Has Come to a Busy Intersection in Mississauga

While cyclist (and pedestrian) safety has always been an important topic, it’s been the subject of intense concern and discussion in more recent years as governments, law enforcement agencies and advocates try to curb accidental (but preventable) fatalities on city streets.

To help encourage street safety, the City of Mississauga has introduced its first signalized crossride.

The crosside, which was unveiled at the end of July, is located at the busy Britannia Rd. and Winston Churchill Blvd. intersection in the Meadowvale neighbourhood. 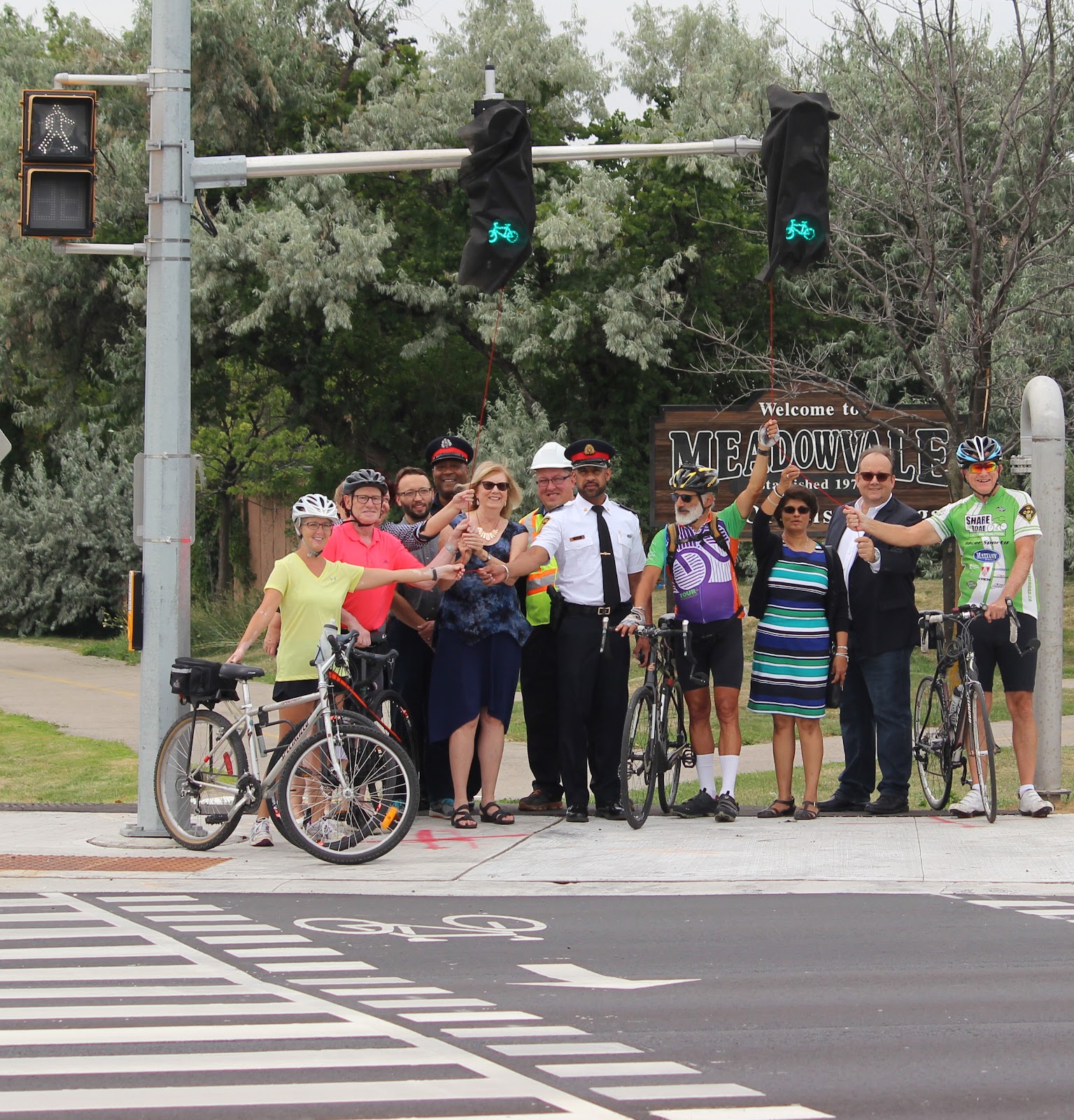 Saito says the signals and road markings provide a safer crossing for cyclists moving from the Winston Churchill multi-use trail to the new Britannia Road trail. 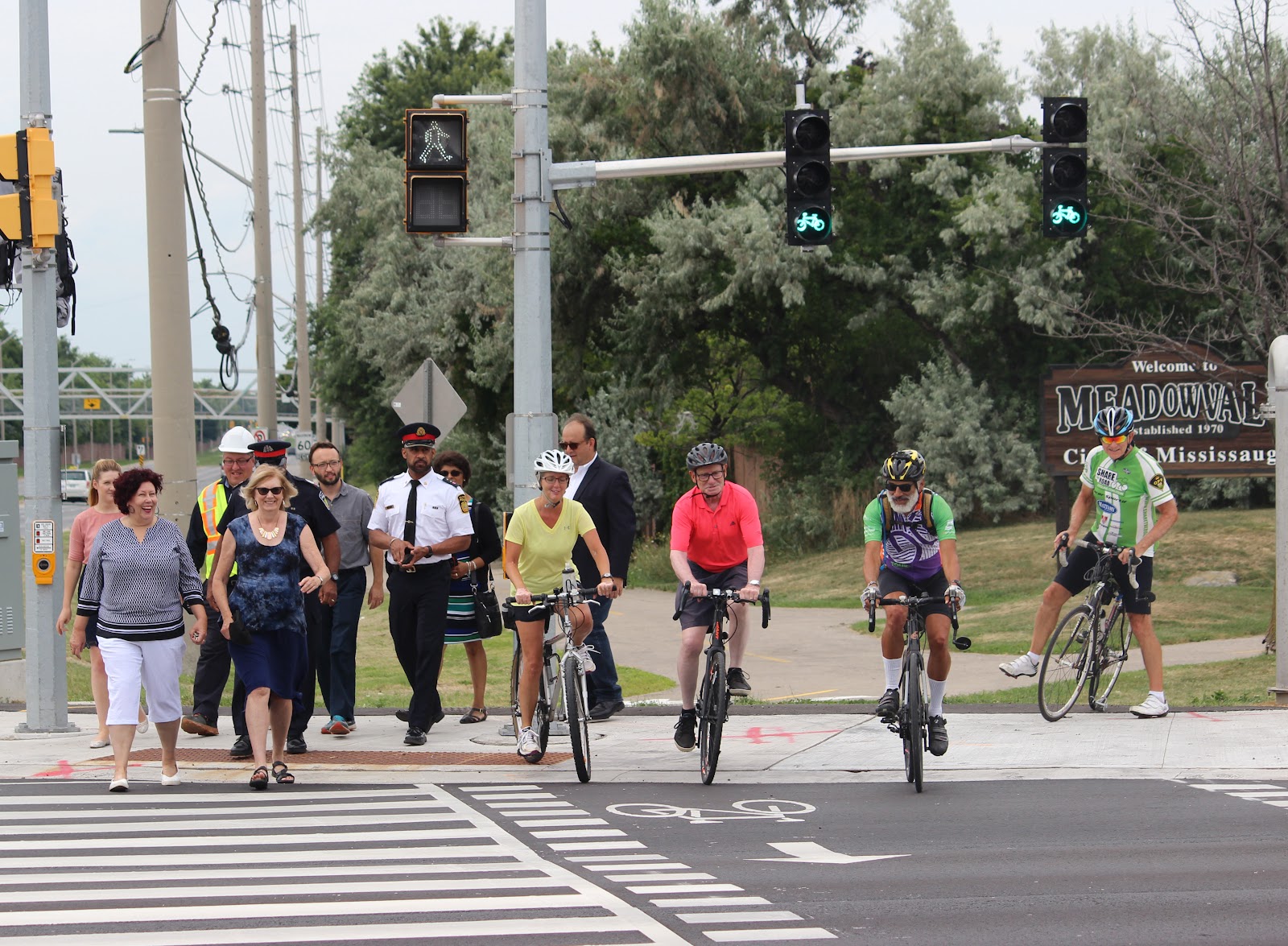 “Separating pedestrians and cyclists in the crossing and stopping traffic farther back is just one of the Region of Peel and City of Mississauga’s initiatives to reduce injuries and fatalities on our roads,” says Saito.

“As we move towards Vision Zero in the region and city, we will continue to introduce new safety measures.”

The Britannia Road project is part of the Peel Region Active Transportation Plan, a plan that provides a framework for how the Region will increase the cycling and walking, link active modes of transportation with transit, and create a pedestrian and cycling friendly environment.

“This project will encourage more walking and cycling. It improves the existing cycling and pedestrian networks and will aide in shifting travel behaviour,” says Saito.

“It is also part of the Region and City’s commitment to Vision Zero to prevent injuries and fatalities on local roads.”