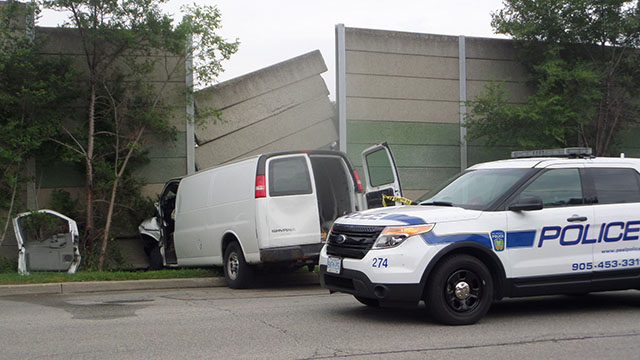 Some roads in Mississauga have been closed following a single-vehicle collision into the barrier wall on the QEW.

Earlier this afternoon, Peel police announced that a vehicle crashed into a wall in the North Service Road and Harvest Drive area. Police went onto report that a male was trapped in the vehicle and had to be extricated by Mississauga Fire and Emergency Services.

Fortunately, he was transported to hospital with only minor injuries.

This is not the first time the walls have been taken down by a vehicle. Earlier this year, traffic came to a virtual standstill on the QEW for hours after a van plowed through the wall and onto the busy highway.

Fortunately, only minor injuries were reported in relation to that incident.

The wall is currently being repaired, so expect delays.