UPDATED: Some Residents Advised to Evacuate Their Homes Due to Flooding in Mississauga

The rain and unseasonably warm weather has prompted significant flooding in parts of Mississauga and residents are being evacuated as a result.

The City of Mississauga recently reminded residents that the Credit River has experienced increased water levels this afternoon due to an ice and debris jam. 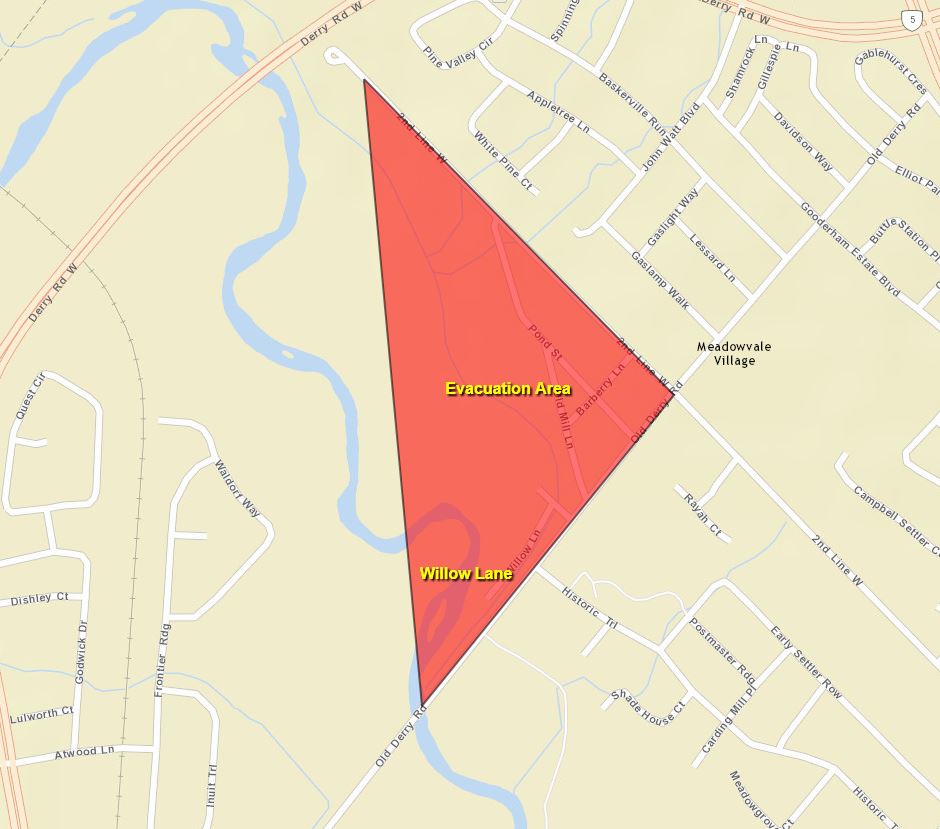 Residents in the area east of the Credit River in the vicinity of Old Derry Road and Second Line West are being encouraged to evacuate their homes as a precaution.

At this time, only Willow Lane has been closed. Willow Lane, Barberry Lane, Old Mill Lane, Pond Street and a portion of Historic Trail up to Upper River Court are in the recommended evacuation area.

For those affected by the flood, the Rivergrove Community Centre at 5800 Rivergrove Avenue is open as a reception centre.

Residents are advised to take their emergency kits, essential medications and cell phones with them.

UPDATED: as of 9:03 p.m., the flood warning has been downgraded to a flood watch.

“The precautionary evacuation has ended for Meadowvale Village area except for the homes currently impacted on Willow Lane and Old Derry Road,” says the City. “The reception centre at Rivergrove Community Centre is now closed.”

5 unbuilt projects that could have changed...
Top 5 Chicken on the Rocks in Mississauga
Five fun things to do this weekend that are...
Top 5 chicken sandwiches in Mississauga
5 fun ways to make the most out of your...
END_OF_DOCUMENT_TOKEN_TO_BE_REPLACED

A new restaurant specializing in grilled meats just opened up in Mississauga
Mississauga is the city where foodies can explore cuisines from all around the world and every new restaurant that pops up offers an experience to remember.
END_OF_DOCUMENT_TOKEN_TO_BE_REPLACED