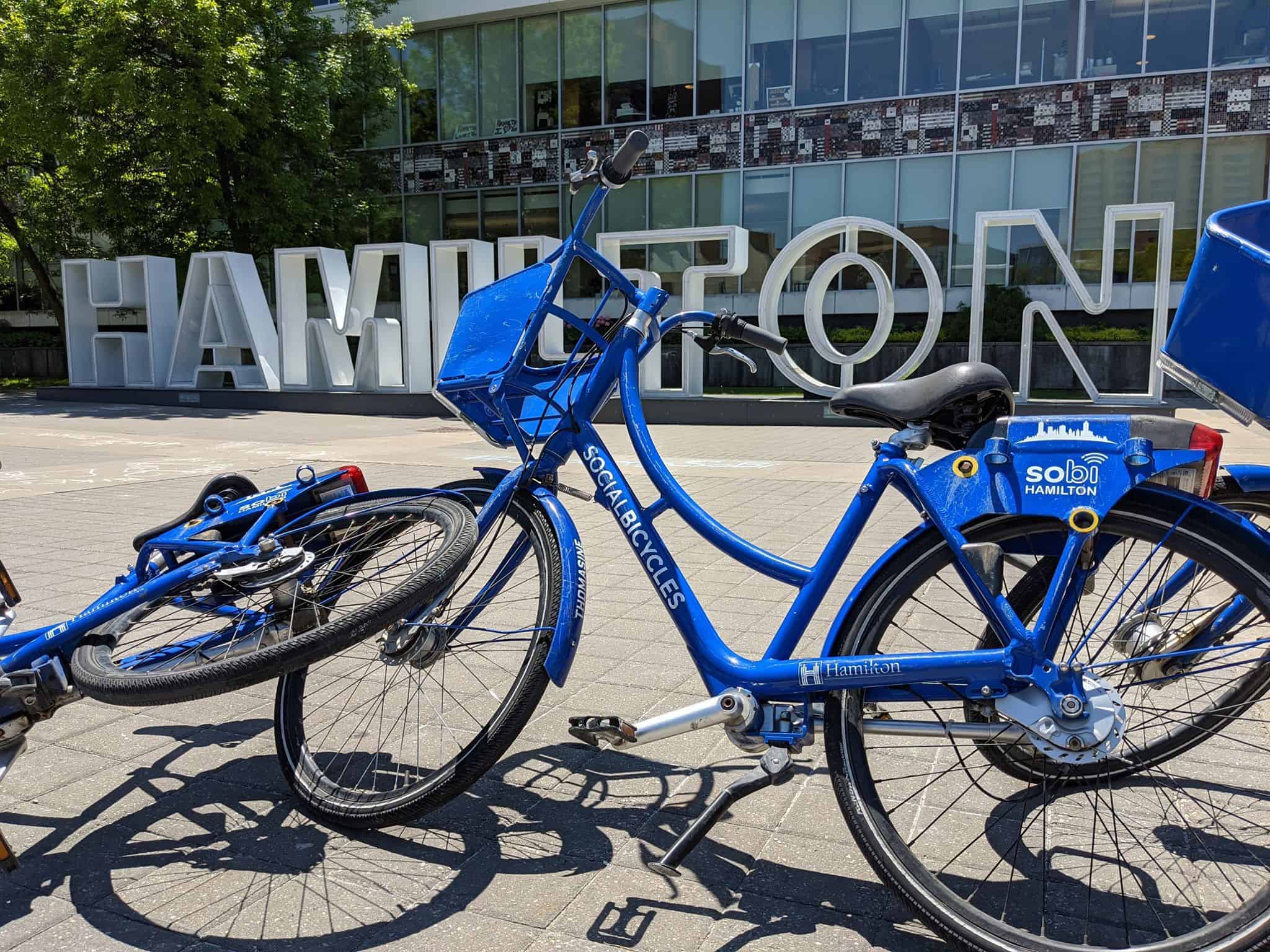 Hamilton’s bike-share service has been saved at the last possible minute.

Hamilton’s bike-share service has been saved at the last possible minute.

After councillors voted against a $400,000 municipally funded plan that would enable the interim operation of Social Bicycle Hamilton (SoBi) through to the beginning of 2021, Hamiltonians pulled together to find a way to keep the service on the road.

Hamilton Bike Share Inc. (HBSI), the nonprofit that operated the city’s SoBi system before Hamilton entered into a contract Uber-owned Social Bicycle LLC who took over operations in 2019, started a fundraiser late last week to raise the necessary funds to operate the system.

So far, that fundraiser has just generated almost $70,000.

A generous $100,000 donation from the Patrick J McNally Charitable Foundation, and an additional $45,000 in funds from a number of local organizations and businesses has also been donated towards the system’s continued operations.

In light of these developments, and following a weekend where cycling enthusiasts staged a creative protest to the shuttering of the service in front of City Hall, Ward 4 councillor Sam Merulla introduced a motion to reconsider the city’s position and the decision to store the bikes and bike racks.

When introducing the motion, Merulla pointed out that Ward 2 councillor Jason Farr was the reason the motion was on the table.

“Ward 2 is lucky to have him representing them,” he said.

In the motion, which was seconded by Ward 5 councillor Chad Collins, Merulla calls for the city to “immediately retain HBSI to operate Hamilton’s bikeshare program through 2021.”

HBSI is fully equipped to take over the operation of the system quickly in the wake of the Uber-owned company’s abrupt departure.

SoBi Hamilton has more than 26,000 subscribers, hundreds of which have signed up since the COVID-19 pandemic forced closures and strict physical distancing protocols on public transit.

For many, the system has become their means of traversing the city safely during the pandemic, for others, it’s offered an affordable means of getting where they need to be for years.

In a letter sent to the Mayor and councillors over the weekend, HBSI provided an outline of what they estimate will be the monthly cost of running the system.

“We also want to be clear,” HBSI says in the letter. “Our desire to operate the system in the short term is not intended to infringe on any future actions the City of Hamilton may take to secure a new operator.”

Praise for Farr’s efforts were effusive among councillors for his efforts in pulling together support for the motion.

Even Ward 14 councillor Terry Whitehead shared his appreciation for Farr’s effort but also took the opportunity to take a shot at his fellow Ward 1 councillor Maureen Wilson, who wrote a scathing opinion piece about last week’s vote for Raise the Hammer.

“Some are talkers and some are doers,” he said. “Now we know who the workers are.”

Most other comments, though, were decidedly less inflammatory and most were relieved that a solution has been found.

So relieved, in fact, that the motion received unanimous support in the vote.

Ward 10 councillor Maria Pearson even called Hamiltonians to offer a toast to Farr for his work in bringing this situation to a happy conclusion.

Now, as city staff prioritize drawing up the contracts for HBSI, the hope is that the system will once again be up and running by next week.