Sketch of suspect in Burlington assault released by Halton police 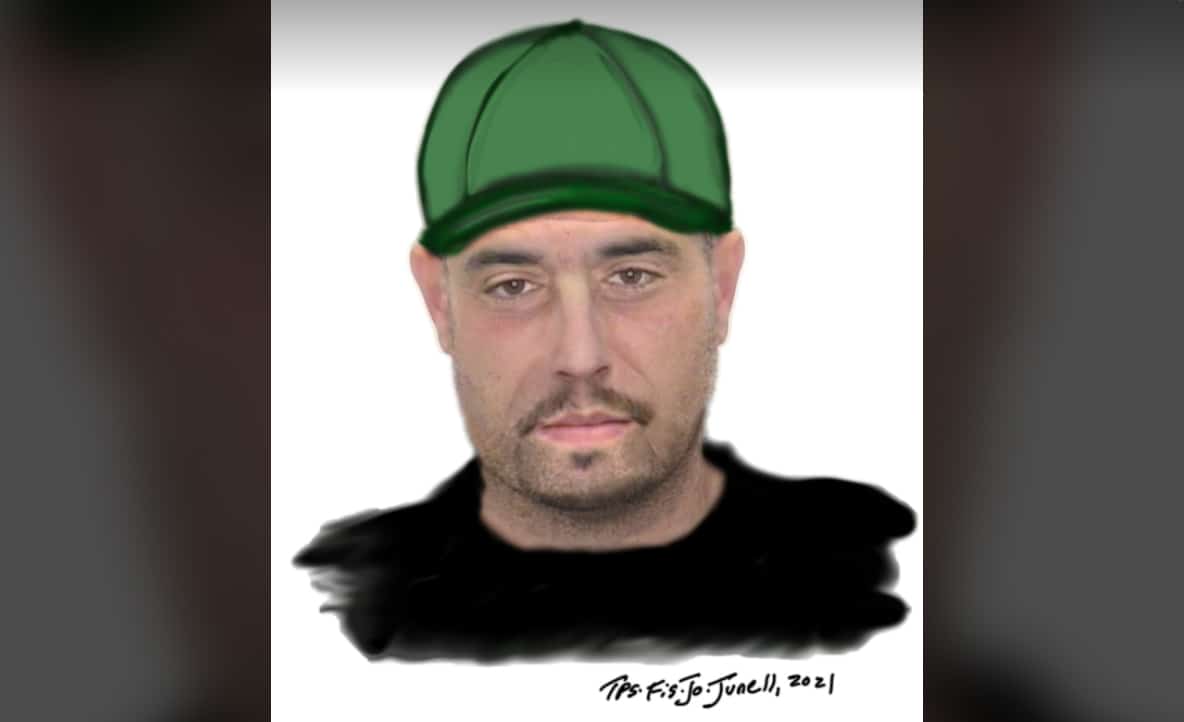 Halton police have released a sketch of a male they believe is responsible for the assault of a female employee at a Burlington Canadian Tire Store last weekend.

Drawn by forensic artist, Police are asking the community to see share the photo in hopes of identifying the suspect.

At approximately 9:45 a.m. on June 6, in the area of Guelph Line and Fairview Street, the female employee was grabbed through a fence by the male suspect.

Police said she was able to free herself eventually, but suffered a mid injury to her arm.

The male suspect is described as white, in his 40s, with an unkempt short beard and a noticeable goatee. He has greyish, black hair.

The day of the assault, police say the suspect was wearing a black athletic type shirt, grey khaki shorts with a camo hat and a blue surgical mask hanging from one ear.

The day before the same suspect was seen hanging around in the Garden Centre at this Canadian Tire, between the hours of 2:30 p.m. and 7:30 p.m.

Police say he was wearing a navy blue button up shirt with a collar, beige cargo pants, sandals, the same camo baseball cap and sunglasses with blue lenses and black frames.

Anyone with information regarding the identity of this suspect, is asked to contact Detective John McMullan at the 3 District Criminal Investigations Bureau at 905 825-4777 ext. 2343 or ext. 2316.

Tips can also be submitted anonymously to Crime Stoppers. at 1-800-222-8477 (TIPS) or through the web at www.haltoncrimestoppers.ca.