SIU Investigating After Major Crash and Alleged Robbery in Mississauga 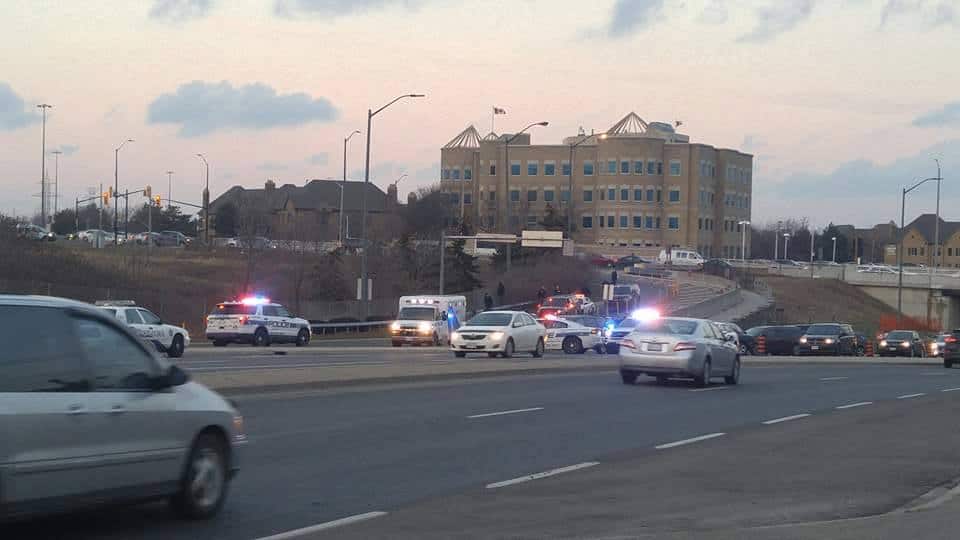 After a man sustained serious injuries after a major crash in the City Centre area earlier this evening, the province’s Special Investigations Unit (SIU) is looking into the incident.

Earlier this evening — Tuesday, December 19, 2017 — we reported that there has been a major crash with delays and road closures in the area of Hurontario Street and Rathburn Road.

As of around 7 p.m. the investigation was taken over by Toronto Police Services and the SIU.

The SIU says that shortly before 5 p.m., Toronto Police officers were following a vehicle in the area of Fairview Road West and Hanson Road.

“Police had information that an occupant in the vehicle had been involved in a bank robbery,” said the SIU in a recent release.

The vehicle was then involved in a crash with four other vehicles at Hurontario and Rathburn.

According to the SIU, the man fled the vehicle but was arrested soon after, and transported to the hospital for treatment. He had sustained a serious injury.

The SIU is still investigating this incident — three investigators, two forensic investigators and one collision reconstructionist are assigned to the case.