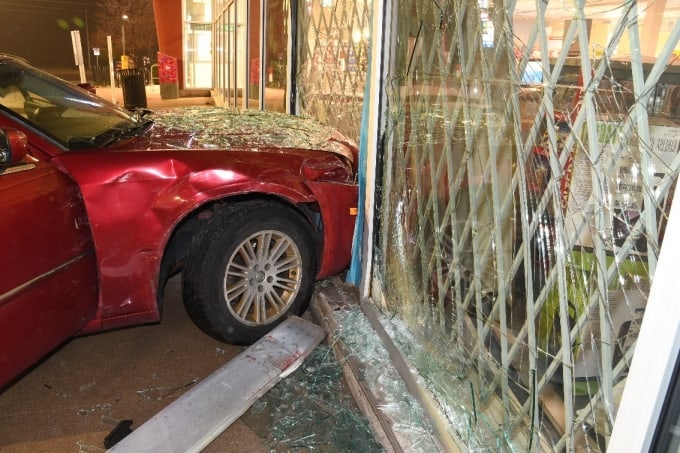 The Halton Regional Police officer involved in the arrest of a man in a stolen car, who was later diagnosed with a broken jaw, have been cleared of any wrongdoing.

In the wee hours of May 2 the officers, dubbed Subject Officer (SO) 1 and SO 2 in an SIU report, responded to a call about a man “passed out” behind the wheel of a red Chrysler 300 in front of the Shoppers Drug Mart at 2525 Prince Michael Drive in Oakville.

The SOs, members of Haltons Tactical Response Unit arrived around 1:30 a.m. They pulled up behind the 300 in an unmarked pick-up truck. On arrival the 300 was parked in the row of parking spots right in front of the Shoppers.

A third officer, identified as Witness Officer (WO) 7 in the SIU report, arrived shortly thereafter and pulled his marked SUV alongside the passenger doors of the 300.

As the SOs walked up to the 300 the man inside, the Complainant, startled awake. He slammed on the gas and reversed into the the HRPS pick-up, striking the front driver’s side. 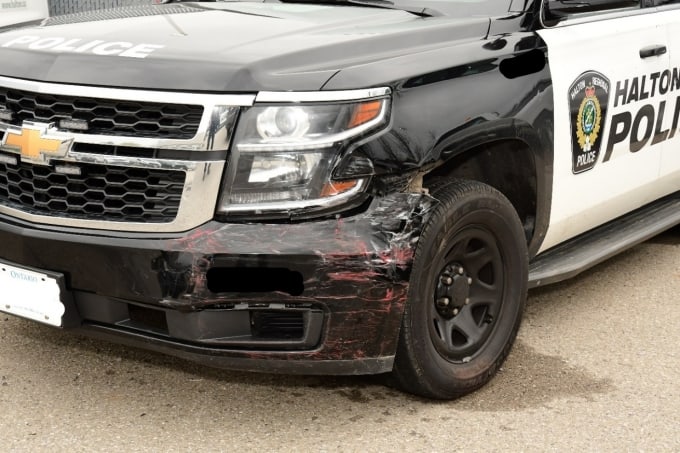 The Complainant immediately switched the car into drive and accelerated into the Shoppers front window, shattering the glass. He back up once more, again striking the pick-up then went back into drive and shattered a second window. 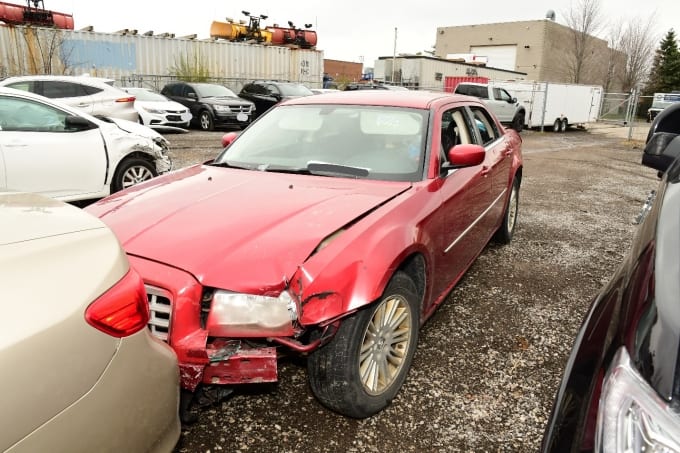 After the Complainant hit the Shoppers the second time, he “scurried” over to the passengers seat and tried to escape through that door. While he was leaving the car SO 2 fired his taser at the Complainant, but it had no effect.

SO 2 quickly joined the fray, jumping on the Complainants legs to control his lower body. SO 1 kneed the Complainant in the torso a two to three times before firing his taser at him. Again the taser had no effect.

Another officer, WO 8, then arrived on scene and helped the SOs arrest the Complainant. They cuffed the Complainant and took him to hospital where he was diagnosed with a broken jaw.

The SIU launched an investigation into the arrest shortly thereafter conducting a thorough review of the scene, Shoppers Drug Mart security footage, notes from officers and radio and phone records.

The Chrysler 300 the Complainant was passed out in was later found to have been reported stolen.

Police officer in Ontario are protected by the Criminal Code when they use force, as long as it is found to be at a reasonable level. Taking this into consideration, SIU Director Joseph Martino concluded he was unable to cite it as excessive.

Based on “the Complainant’s reckless and dangerous attempts to escape police apprehension, there were grounds to take him into custody in relation to his possession and operation of a stolen vehicle,” Martino said in his decision.

“The Complainant was determined to get away and had operated the Chrysler with wanton disregard for the lives and safety of others in his efforts to do so,” Martino said, “More specifically, his driving placed the lives of SO 2 and SO 1… at risk of grievous bodily harm and death.”

As a result Martino felt the officers were “entitled” to use the force they did in order to apprehend the Complainant. He also found that while the blows from SO 1 were a “significant” use of force, SO 1 reported that the Complainant was trying to grab his taser and pistol during the fight.

“It would appear that the officer was justified in seeking to subdue the Complainant as quickly as possible with decisive force,” Martino said.

However he noted it remains unclear whether the Complainant jaw was broken in the car collisions, or from the SO’s strikes. That said, Martino concluded it does not ultimately matter as both SOs comported themselves properly.

As such “there is no basis for proceeding with criminal charges in this case.”