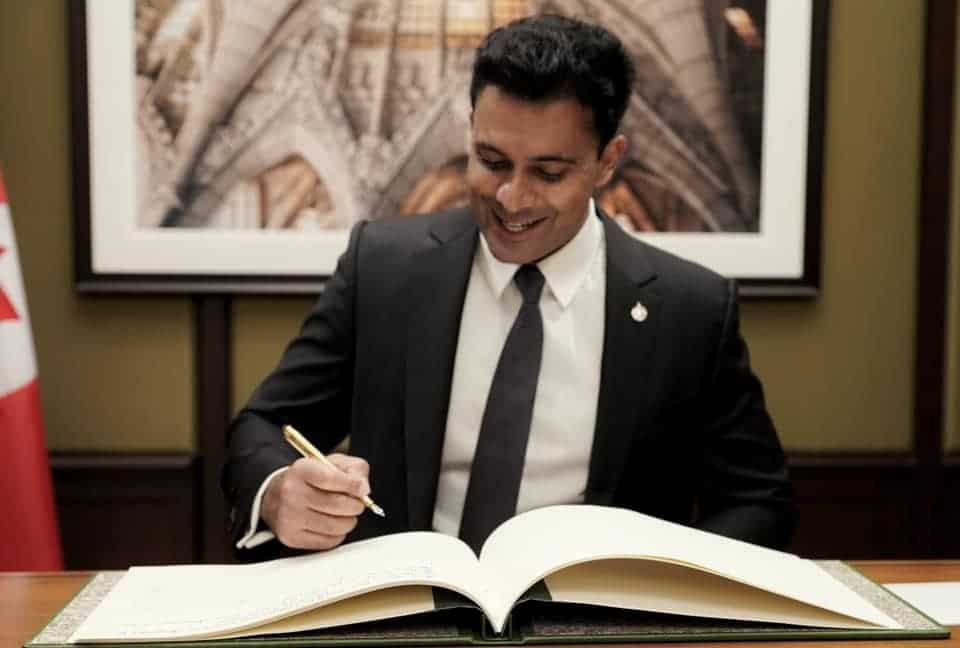 A sitting Mississauga MP who does not appear to have cast a vote in the House of Commons since October 2020 due to medical leave recently announced that he will not be seeking re-election.

Thank you for the greatest honour of my life. Mississauga-Streetsville will always be home.https://t.co/Dc49CdLKYG pic.twitter.com/iUBjtQxRuM

Gagan Sikand, the Member of Parliament who represents the Mississauga-Streetsville riding, announced on social media on Aug. 15 that he will not be running to retain his seat in the upcoming federal election scheduled for Sept. 20.

“You have given me the distinct pleasure of being your Member of Parliament. Serving this community for the past six years in the House of Commons has been the greatest honour of my life,” Sikand wrote in a letter to constituents.

“After careful thought and reflection, I have come to the difficult decision that I will not be seeking re-election as the Member of Parliament for Mississauga-Streetsville…I look forward to serving our community in other capacities in the future and to meeting you in and around our neighbourhoods. Mississauga-Streetsville will always be home.”

On Aug. 15, Navdeep Bains, the national campaign co-chair of the Liberal Party of Canada, announced that Rechie Valdez has been acclaimed as the Liberal Candidate for Mississauga-Streetsville in the next federal election.

Editor’s note: A previous version of this article said a candidate for the riding had not yet been chosen. This has since been corrected. We regret the error.