Should Derelict Parking Lots be turned into Parks in Mississauga? 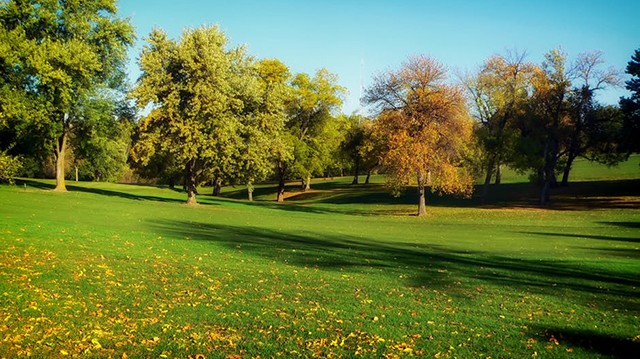 An interesting article was published recently regarding several cities in the United States implementing plans to convert their unused parking lots into parks or other forms of public green space. The examples given are from a wide swath across America, but they all shared a similar circumstance in that most of them are car dependent cities looking to convert some land into more pedestrian friendly uses, such as park land.

For any city or community primarily built in a suburban form designed for the automobile, getting rid of on surface parking lots would be quite disruptive as well as being extremely unpopular with local residents who rely on accessible parking for literally everywhere. But that hasn’t stopped some of the most car dominated cities in the United States from shifting to a land use policy more geared towards non-automobile denizens.

Whether it’s Dallas’ idea of converting parking lots into urban farms for veterans, in Santa Monica, California or “The Windy City” of Chicago where a lot next to a former movie theatre will be converted,  or in suburban Denver where the local government used their authority to purchase a derelict parking lot for a future park, turning parking lots into park land or some other more meaningful use has proven to be possible if difficult.

So are there any parking lots around Canada’s sixth largest city that could be converted into parks?

The good news is Mississauga seems to have avoided the phenomenon of proliferating ‘dead malls’ that sprouted like weeds in the United States after the 2008 financial crisis. The existing parking lots around Mississauga, if not widely used during certain times, seem to be a good place for kids looking to practice parallel parking for their upcoming G2 exam.

But while Mississauga strip malls may not be bereft of activity, some of them look like they’re on enough economical life support to warrant some consideration of removing the existing structures and converting the parking lot into park land. South Common, Sheridan Centre, and Rockwood Mall come to mind.

Because the land these malls are situated on is zoned for commercial/retail use, the city would have to rezone the land if it were seriously considering changing mall land into park land. Even still, despite high profile exits from big chains such as Target, malls like Sheridan and South Common are still standing. But that’s still mainly from establishments on the outside such as the Five Guys Burgers location at South Common. While there is activity on the inside, it’s actually small mom and pop stores that, because we currently lack vibrant downtown areas in Mississauga that are easily accessible by transit or other non automotive means, have no other place to set up shop other than quiet suburban strip malls like these.

Perhaps in the near future when consumers do most of their shopping online, like the way you can do it on Amazon and Walmart, the need for the large scale strip plaza / shopping mall will go the way of extinct species and then future leaders could consider the policies that their American counterparts have undertaken in converting unused parking lots into green space for the public.

For now, it is a pipe dream at best.