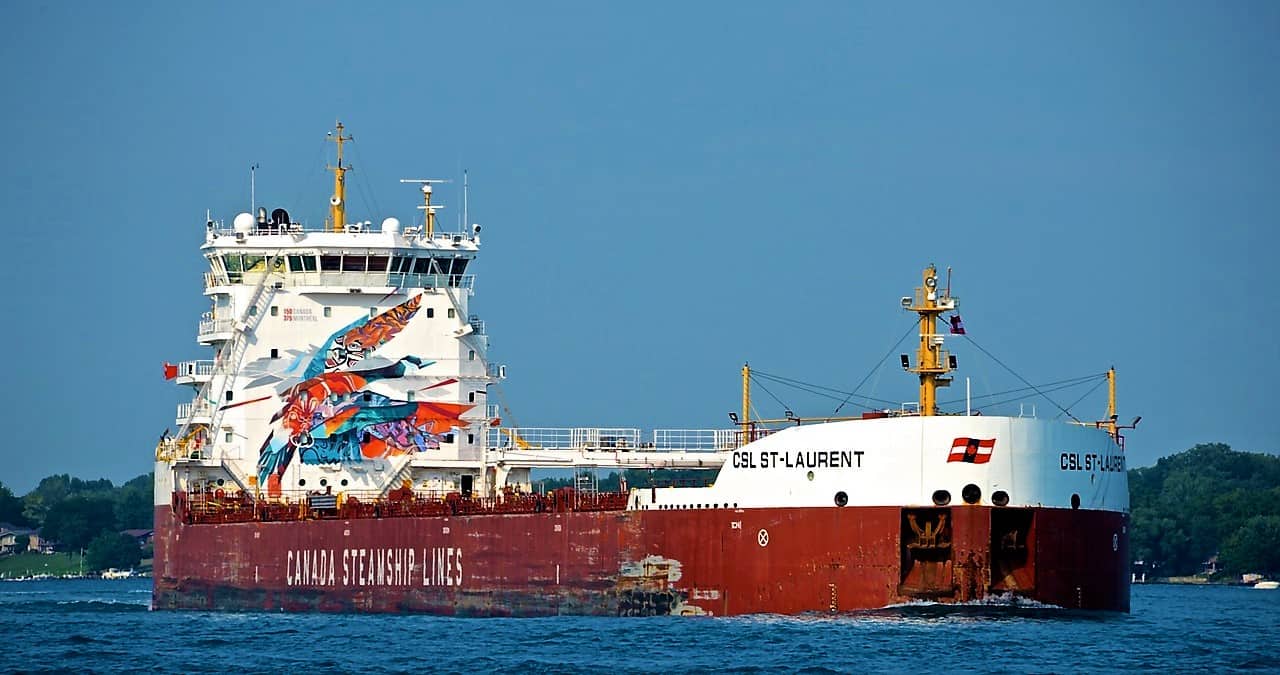 CSL St-Laurent currently has the Canada Games torch onboard and has left Montreal to land in Port Colborne early Friday evening.

When the CSL St-Laurent docks in Lock 8 at Port Colborne on Friday, it’ll be carrying some precious cargo.

On board will be the Roly McLenahan Torch, the flaming symbol of the Niagara 2022 Canada Games, just lit in Ottawa on June 7.

The torch has taken a very circuitous route to land in Niagara. After being lit in Ottawa, it traveled backwards toward Quebec.

It made stops in the Quebec towns of Chelsea, Wakefield, Messines, Mont-Laurier, Mont-Tremblant, Mont-Blanc, Saint-Jerome and Terrebonne before landing in Montreal this morning (June 15).

It was loaded onboard the CSL St-Laurent and is now making its way to Port Colborne where it will disembark between 6 and 8 pm on Friday. The city will know the exact time early on June 17.

It marks the first time ever in the event’s 55-year history that the Canada Games Flame has traveled by water.

It will be met by local officials, Niagara 2022 Board Chair Doug Hamilton, Niagara Regional Chair Jim Bradley and the Port Colborne Mayor Bill Steele when it docked.

The event will also feature Team Ontario’s Chef de Mission Steve Sevor, who will lead the province in what will be his seventh Canada Games.

Once here, it will visit all 12 of Niagara’s municipalities in the lead up to the 2022 Canada Games, which run August 6 to 21.