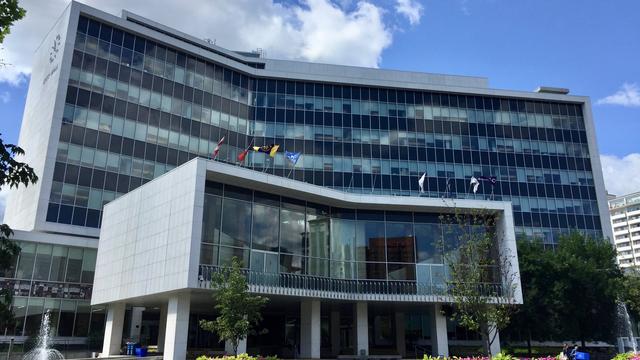 In the midst of the federal election campaign, something in the municipal political world just came and went: the deadline to file financial statements for candidates who ran in the 2018 municipal


In the midst of the federal election campaign, something in the municipal political world just came and went: the deadline to file financial statements for candidates who ran in the 2018 municipal election.

There was an initial filing deadline at the end of March for the final date when candidates could register (July 27, 2018) until December 31, 2018. Candidates could ask for an extension…and that deadline was September 27, 2019 at 2 pm.

From the City of Hamilton’s municipal elections website, it appears that several candidates who ran for various offices in last fall’s vote did not make the filing deadline, hence under the province’s Municipal Elections Act are declared to be ‘in default’.

What that means is that those people cannot run in the next election, coming in 2022, until after that vote has concluded. The next time they would be eligible to stand as candidates would be 2026.

According to the city’s list (at the bottom of the provided link) under, here are some of the people in default and not eligible to run in 2022.

Doug Conley (Councillor Ward 9): Conley was actually the Ward 9 incumbent before he lost his seat to another former councillor, Brad Clark. But looking at the filings, it appears Conley didn’t even bother trying to submit his financials at all.

Nathalie Xian Yi Yan (Mayor): the former mayoral candidate had initially submitted financials but only until the October 22 election date; the rules state the campaign period goes until the end of the year. But just because you defaulted under the Municipal Act doesn’t you can’t run for another level of government; Yan is currently running for MP as an Independent in Hamilton Centre for the federal election.

John Mykytyshyn (Councillor Ward 13): Mykytyskyn is a rather prominent name within conservative political circles. He ran and lost to incumbent Arlene Vanderbeek who sought reelection in the new ward.

Kevin Gray and John Roberts (Councillor Ward 13): this makes three former candidates in Ward 13 that are no longer eligible to run again in 2022.

Kristeen Sprague (Councillor Ward 3): Sprague was one of the early candidates to register back in May 2018 when nominations opened up. For months, she remained the only name on the ballot for Ward 3 until Matthew Green announced he was seeking the federal NDP nomination for Hamilton Centre. Sprague ended up winning only 120 votes.

Waleed Shewayhat (Councillor Ward 11): who was incumbent Brenda Johnson’s only opponent as well as being a first time candidate.

One of the more infamous candidates that is considered a fringe element but ended up filing on time is white supremacist Paul Fromm. Fromm ran for mayor in Hamilton and has remained active in the public discourse in the city as of late. He recently requested to speak before council but was denied, but don’t be surprised if he rears his head again in the next municipal campaign.

As for the expenses filed by the two major contenders for Hamilton mayor Fred Eisenberger and Vito Sgro spent considerable sums between them in order to get that job. Eisenberger won with 54 per cent of the vote, but Sgro placed second with a sizable 38 per cent.

But Sgro’s total campaign expenses that he filed showed he spent some $257,146 in order to become mayor, but Eisenberger spent only $116,536 on his reelection campaign. Eisenberger managed to get a sizable win spending less money, with a much stronger mandate than in his previous elections.

Looks like Mayor Eisenberger managed to make every dollar count in his reelection bid.

As for those aforementioned who missed their filing deadlines…see you in 2026?