A Hamilton woman is celebrating a pretty significant windfall after winning the top prize recently on a scratch lottery ticket.

“I thought I won $77 at first,” Anderson said of her recent win. “When I passed the ticket to the clerk she said, ‘Oh, I can’t pay that here!’ I was shocked.

“I didn’t believe you could win like this on an Instant ticket.”

Anderson said she plans to share this win with her son and pay some bills.

The winning ticket was purchased at Gateway Newstands in Jackson Square. 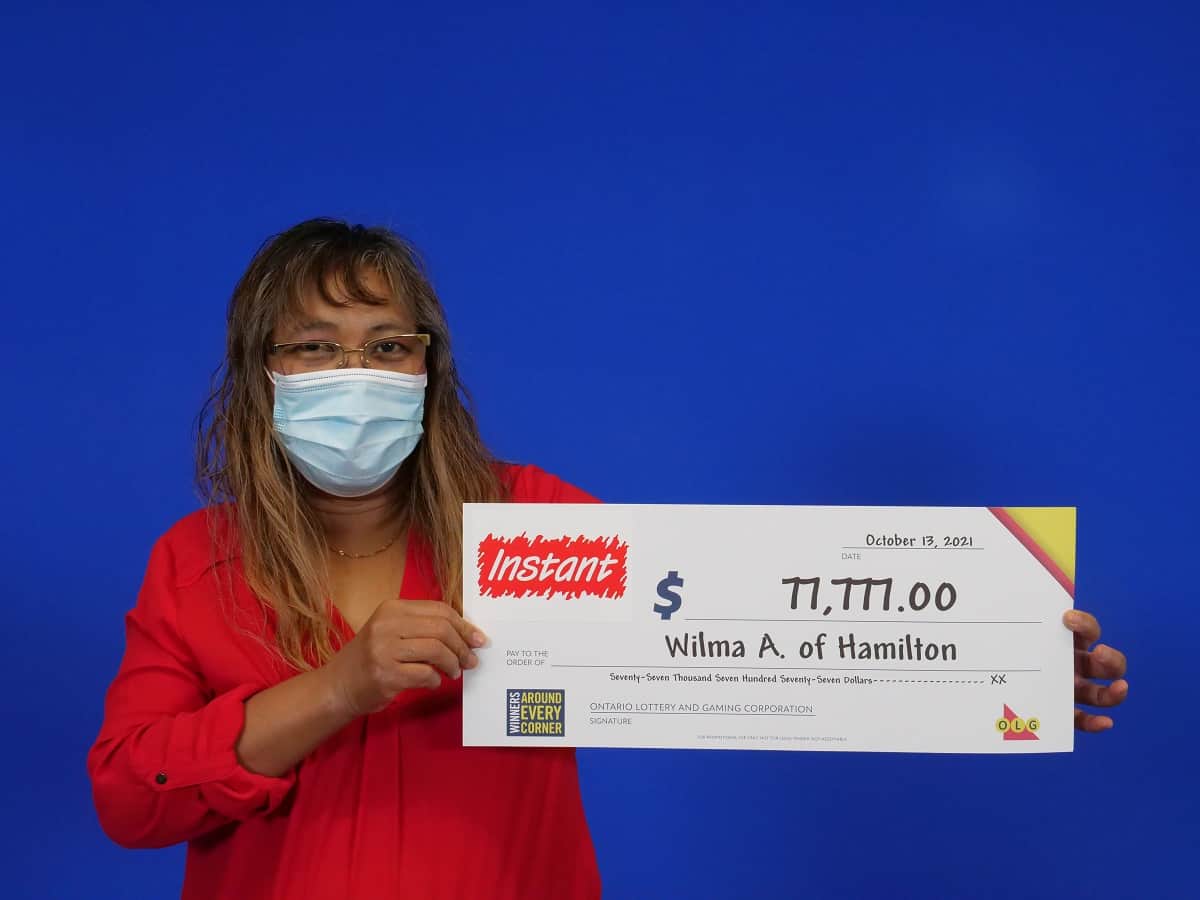