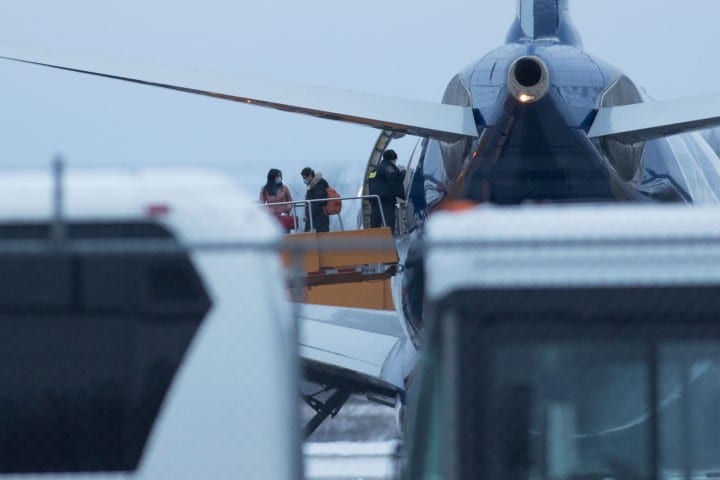 OTTAWA — A second Canadian plane carrying evacuees from the quarantined region of Hubei, China, has landed at Canadian Forces Base Trenton in southern Ontario.

Foreign Affairs Minister Francois-Philippe Champagne said in a release Tuesday that the plane landed with 130 Canadians and 58 accompanying family members.

Officials say all the passengers aboard the plane were screened and have exhibited no symptoms of the novel coronavirus.

They’ll be placed under quarantine at CFB Trenton with the 213 Canadians and family members who arrived from Wuhan last week.

The flight crew has been examined and Canada’s chief public health officer, Dr. Theresa Tam, decided all 25 of them can be safely released from quarantine because they did not spend time in the centre of the outbreak and they followed appropriate infection prevention and control protocols.

This latest flight was the last one planned to carry Canadians out the part of China where the new virus was first detected.

“The government is pleased to have welcomed home more than 400 Canadians and their family members who had been in the quarantined region of Hubei province,” Champagne said in the release. “We will continue to work closely with our international partners, including China, to combat (the new coronavirus’s) spread.”

The government continues to encourage any Canadians in China whose presence is non-essential to consider leaving the country while commercial flights are available.

Myriam Larouche, one of the Canadians who were flown in last Friday, says life under quarantine at the base feels like summer camp.

Meanwhile renowned Canadian epidemiologist Bruce Aylward made his way to China to lead a team of World Health Organization experts to study the origin of the virus and the severity of the disease.

Canada has agreed to provide $2 million to the World Health Organization to help vulnerable countries prepare for a potential coronavirus outbreak beyond China.

The virus has killed 1,016 people among 42,638 confirmed cases in mainland China, and infected more than 43,000 people globally.

—With files from The Associated Press