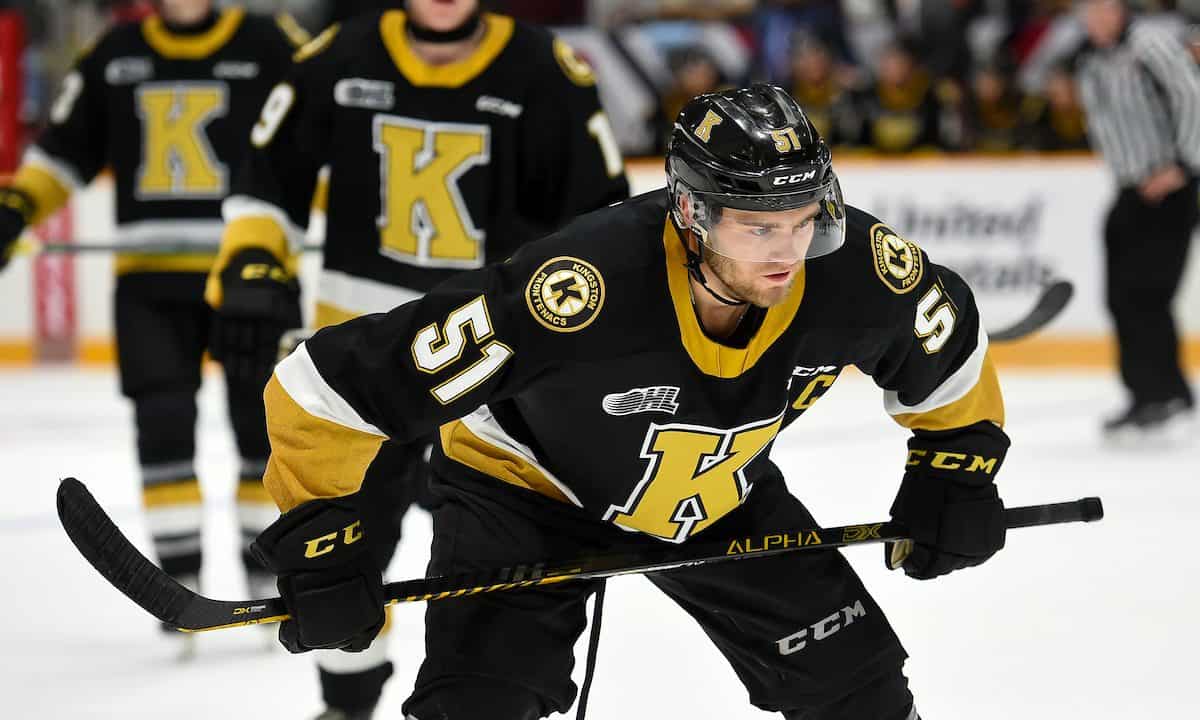 Just hours after leading Canada to a gold medal at the world junior hockey championships in Halifax, Burlington’s Shane Wright is being returned to junior hockey.

The Seattle Kraken announced Friday (Jan. 6 morning) that they have re-assigned Wright, who celebrated his 19th birthday the night before by scoring a goal in Canada’s 3-2 overtime win over Czechia, to the Kingston Frontenacs.

The fourth overall pick of the Kraken in the 2022 NHL Entry Draft last summer played eight games with the NHL club this season, scoring his first NHL goal on Dec. 6 against Montreal.

The talented forward returns to Kingston where he set a franchise record with 39 goals as a rookie during the 2019-20 campaign.

Last season with the Frontenacs, he had 32 goals and 62 assists for 94 points in 63 games and had 14 points (3-11-14) in playoffs before the Kingston fell to North Bay in the second round.

It’s expected that the rebuilding Frontenacs will deal their captain to a contender ahead of the Jan. 10 OHL Trade Deadline.

Barrie, Peterborough and London are believed to be interested in acquiring Wright.