Ryerson University has been in the news a lot lately, especially in nearby Brampton where hopes of a satellite university campus arriving in the city were dashed when the Ford government decided to cancel funding for it.

Speaking of the Ford government, they recently announced a change in tuition funding that will end mandatory student fees when they attend university or college.

"Student fees in Ontario can range as high as $2000 per year and, too often, force students to pay for services they do not use and organizations they do not support,” said Colleges and Universities Minister Merrilee Fullerton.

Critics have cited this as an attack on student unions on campuses, historically organizations that do not have much love for conservative leaning governments. However, in the case of the Ryerson Students Union, the ability to not have to automatically pay student fees to support them may have some merit.

According to this report from Ryerson’s student newspaper The Eyeopener, the student union’s credit card was used to expense a variety of items totalling up to $250,000. 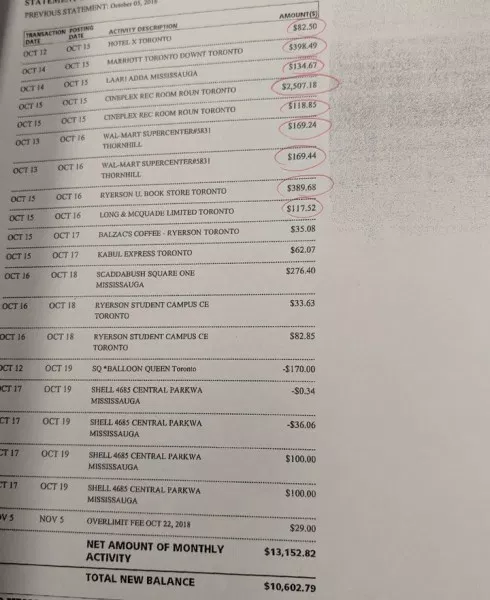 Some of the purchases included:

The RSU is a separate entity from the university so Ryerson cannot conduct a formal investigation into the matter.

Ram Ganesh, the President of RSU along with Savreen Gosal, Vice President of Operations, were given one week to explain how this spending occurred under their watch, since they had control over the union's credit card. They were subsequently removed from their positions.

Premier Doug Ford jumped on this story, highlighting how this was an example of what students needed to have a choice when it came to what campus organizations they chose to support: 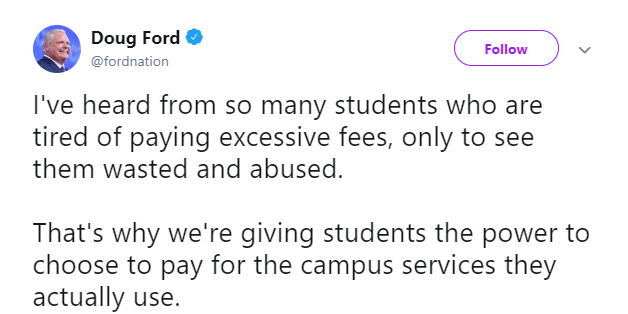 This is not to say that every student union across Ontario has indulged in such questionable spending, but this definitely puts a black mark on student unions and gives more fuel to Ford’s call for more choice for student fees to go where students want them to go.

The scandal, if you want to call it that, couldn’t come at worse time.

A new pizza vending machine is now available in Mississauga
At a time when new restaurants are refraining from opening their doors (and for good reason), one food company is still working to bring a new source of pizza to the masses.
END_OF_DOCUMENT_TOKEN_TO_BE_REPLACED