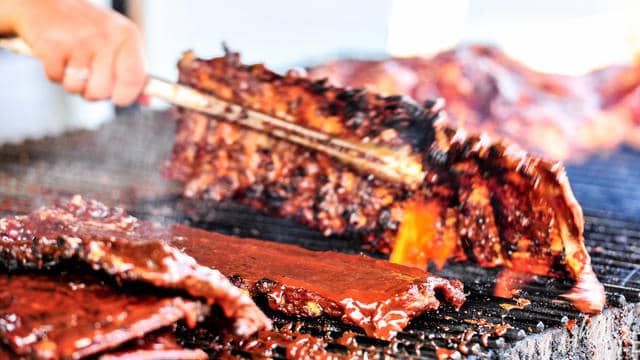 And there’s something new in store for attendees … a Saucy Club VIP experience is on deck.

The annual event has been running for more than 20 years.

It’s taking place at Spencer Smith Park and will see 13 award-winning ribbers from across North America, plus beer tents, live music, artists and crafters, and kids’ activities, including rides, and an escape room.

Organized and hosted by the Rotary Club of Burlington Lakeshore., this year is looking to be bigger and better than ever.

For picky eaters, keep in mind that most vendors offer gluten-free sauces.

From award-winning ribs to jam-packed musical performances, there’s something for everyone — including those on a plant-based diet.

A vegan vendor, Global Locally, will be selling burgers and ice cream.

Beef and pork ribs are on the menu, as well as chicken, hot dogs, French fries, funnel cakes, candy, and baked potatoes.

Admission is free; donations are distributed to various local charities.

The event is rain or shine.

Remember to bring cash! (Beer tents will accept plastic, though).