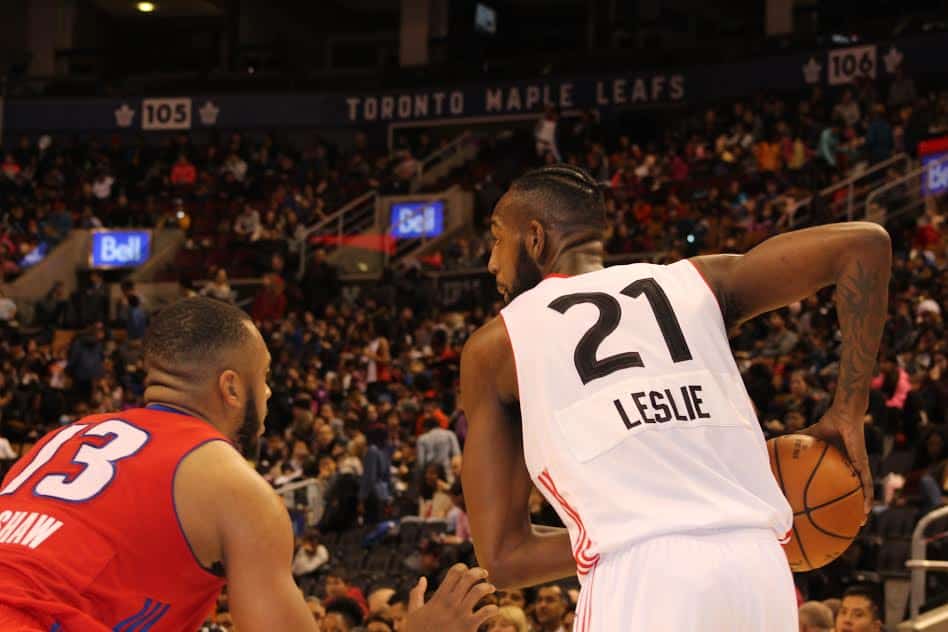 The 905’s loss at the Air Canada Centre was at the hands of the Drive’s impeccable three-point shooting, 24 total 3-pointers made to be exact. It didn’t help matter that most of the Toronto Raptors team and coaching staff were in attendance to watch poor shooting from the 905, Grand Rapids’ key-clogging defence and a scoring clinic from two of the league’s Top 10 scorers in Jordan Crawford’s 40 points, eighth highest, and fifth best league scorer Kevin Murphy’s 26 points.

The Drive left Toronto with the satisfaction of breaking the 905’s franchise record of seven consecutive wins. But they couldn’t take the D-League’s best Eastern Conference record with them on their travels.

Mississauga also set a league record for attendance formerly held by the Oklahoma City Blue. The 905 broke the attendance record at the Raptors’ house with 15,011 screaming fans and students, beating OKC’s record of 12,727 also set with a game at their NBA counterpart OKC Thunder’s home at Chesapeake Energy Arena.

On top of an already busy and early day for the 905, Fred VanVleet and Bruno Caboclo also dressed for the Raptors match up against the Brooklyn Nets on Tuesday evening. That made the young players among a group of six D-Leaguers who played for both sides of their NBA and D-League squads in the same day.

VanVleet and Caboclo may have only logged in a combined four minutes in the Raptors 116-104 win over the Nets, but they each put in 31 minutes of work in the game before.

The task at hand rests on how the 905 bounce back from their loss and handle the third best team in the East, the Westchester Knicks.

The 905 will have to find their active defence to fend against Westchester’s leading scorer and NBA D-League Performer of the Week Chasson Randle and his record setting weekend.