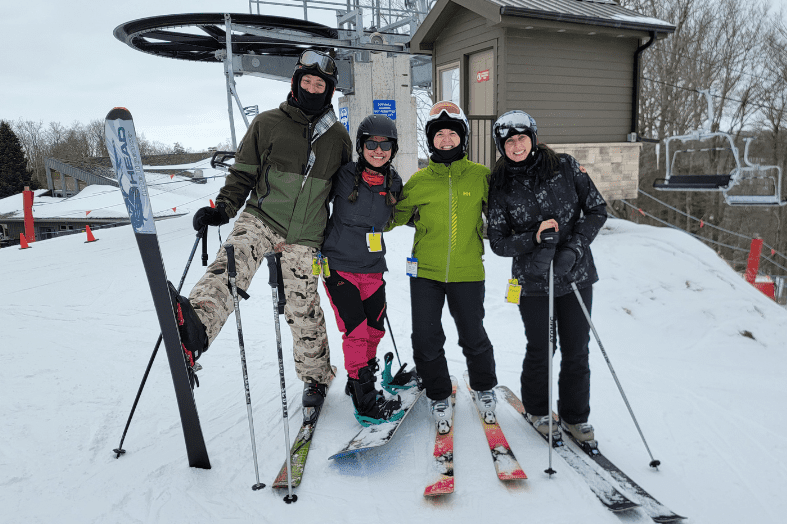 Get ready to hit the slopes for a good cause as the William Osler Health System is gearing up for its annual Ski Day fundraiser.

Osler, which oversees operations at Brampton Civic Hosptial and the Peel Memorial Centre, is holding its 14th annual Ski Day fundraiser at the Caledon Ski Club on Valentine’s Day, Feb. 14.

Skiers can sign up as an individual or as part of a team. Once registered, participants will create an online personal fundraising page to collect donations and pledges. Osler’s goal this year is to reach a total of $1 million raised since Ski Day first launched in 2009.

There are also prizes for participants. Any skier who raises $150 will be entered to win a prize pack, and the top earner will be awarded the coveted Jim Kennedy Award.

Peel Memorial is slated for an upgrade, including 250 inpatient beds and a new 24-hour Emergency Department to replace the urgent care centre. There are also plans for rehabilitation and continuing care services, enhanced mental health and addictions services, and more services for seniors.

The city’s portion of the Peel Memorial project and a new cancer centre coming to Brampton Civic Hospital will cost some $125 million. Brampton has already covered half the bill by transferring $62.5 million from capital reserves.

Brampton City Council has approved a 1 per cent tax levy to help pay for the healthcare projects. The city still needs to plug the remaining $62.5 million funding gap by 2027.

For more information about Ski Day or fundraising, please contact [email protected] or call 905-863-2440. You may also visit the Ski Day website to learn more about the event.