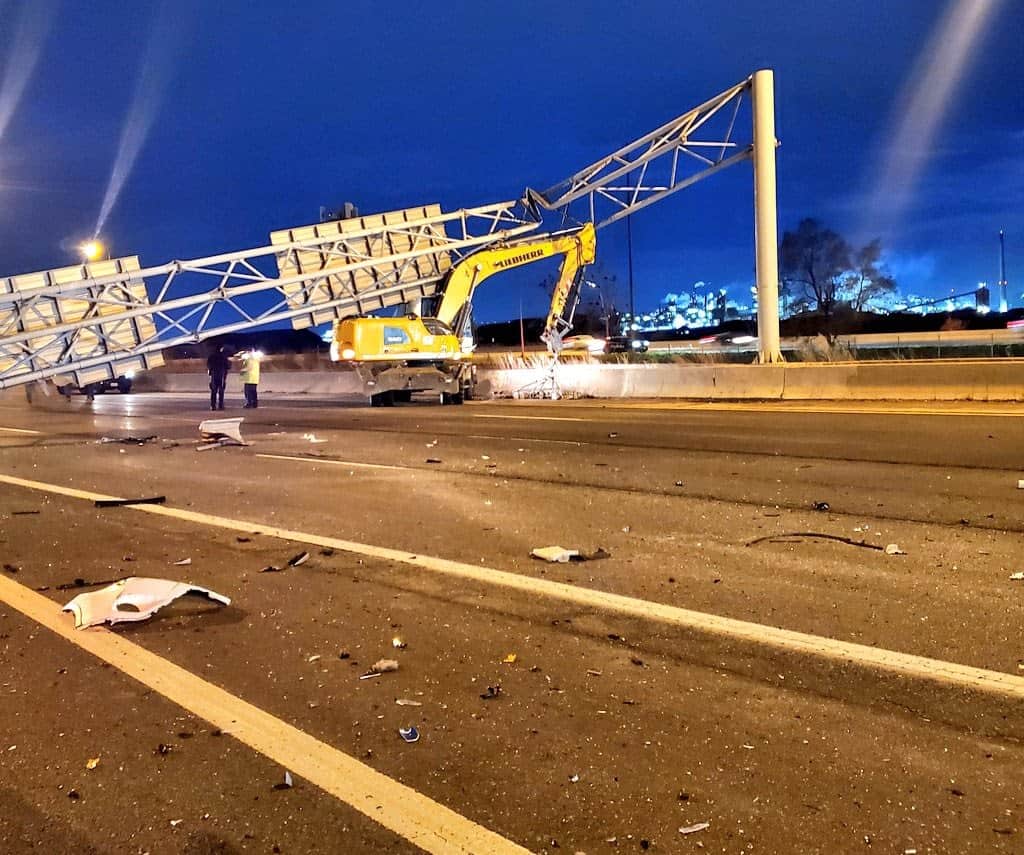 A portion of the QEW in Hamilton is closed Tuesday morning (April 27) after an overhead sign was knocked down overnight, killing the driver of a passing vehicle.

OPP have closed the QEW in both directions near Nikola Tesla Boulevard following the collision which killed a 46-year-old man from Toronto.

According to the OPP, the overhead sign was knocked over by an excavator working in a construction zone in the area and then struck a passing vehicle.

The victim was pronounced dead on the scene. Crews remain on the scene to clear away the sign and debris.

Motorists may want to consider alternative routes Tuesday morning but OPP expects the highway to reopen around 9 a.m.

Update: The driver killed in this collision was from Toronto, not Niagara Falls. #QEW expected to reopen within the hour. pic.twitter.com/pOp6j0MU6s

CORRECTION: A previous version of this story identified the deceased driver as being from Niagara Falls. OPP has since issued a correction that he was in fact from Toronto and we have updated the details accordingly.