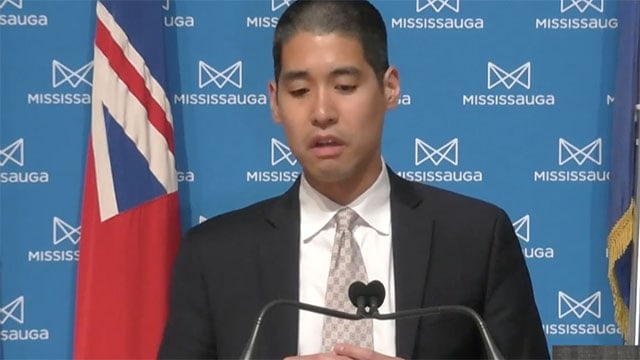 After reporting over 400 new cases over a two-day period, Peel Public Health says that the Region of Peel (which consists of Brampton, Mississauga and Caledon) is officially experiencing a second wave of COVID-19.

The announcement comes after Dr. Lawrence Loh, Peel’s Medical Officer of Health, insisted up until quite recently that the second wave that Toronto was experiencing had yet to hit Peel, adding that contact tracers were still able to adequately identify those who were exposed to the virus.

Now, after two days of over 200 new cases being reported in the region, public health says spread is “occurring outside of known clusters.”

“This past weekend showed the highest number of investigated COVID-19 cases reported in Peel since the pandemic response began,” Peel Public Health said in a statement.

“With additional data showing further differentiation of transmission into the larger community, Dr. Loh has confirmed that Peel Region is now in a second wave.”

On Oct. 24, the province reported 170 new cases in Peel and on Oct. 25, Health Minister Christine Elliott said that the region reported 289 cases–just 20 fewer cases than Toronto (a city with twice the population).

Peel, along with Toronto, Ottawa and York Region, was identified as a COVID hotspot earlier this fall and subsequently rolled back to a modified Stage 2 for a period of at least 28 days.

According to Peel Public Health’s website (which offers different numbers than those published by the province), 188 new cases were reported on Oct. 24, with 123 new cases found in Brampton, seven in Caledon and 56 in Mississauga.

The province said it has conducted 28,652 tests since the last daily report, with an additional 17,603 being processed.

In total, 295 people are hospitalized in Ontario due to COVID-19, including 78 in intensive care. According to the province, 51 people are on ventilators in hospital.

Prior to declaring a second wave, Loh asked Peel residents to only leave home to go to work, school, essential appointments or to purchase groceries, gas or medicine. He also advised people to avoid socializing with those outside of their immediate household.

“Peel Public Health and Dr. Loh remind residents [of] the importance of staying at home, only going out for essentials, keeping close contact only with household members and essential caregivers, and changing gatherings to virtual formats, as much as possible,” Peel Public Health said in a statement.