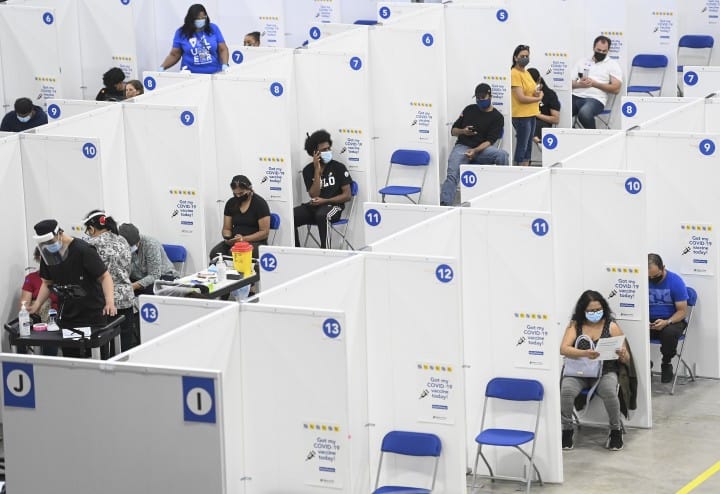 Ontario is moving into the next step of its reopening plan on Wednesday and the province’s top doctor says he’d prefer to wait a full 21 days before rolling back restrictions further.

“The two-to-three-week cycle is very important to maintain so that we do the opening of Ontario in a stepwise manner, always going forward and not having to take a step back,” Dr. Kieran Moore said on Tuesday.

Moore made the comments at his first pandemic briefing since he officially took on the job as Ontario’s chief medical officer of health.

Ontario has surpassed COVID-19 vaccination targets for entering the second step of its reopening plan, which will allow more outdoor activities and more indoor services like haircuts to resume on Wednesday.

More than 77 per cent of people had at least one vaccine dose as of Tuesday morning and 37 per cent were fully vaccinated.

The province set 21 days between each step of its economic reopening to observe public health trends and allow vaccines to take full effect. It moved up the second step of the plan by a few days based on vaccination rates and other positive COVID-19 trends.

Ontario has also passed the goal set for entering the third step of the reopening plan, which would further expand capacity for indoor gatherings.

But Moore, like his predecessor Dr. David Williams, maintained on Tuesday that vaccination isn’t the only metric. He advised proceeding with caution with the more infectious Delta variant spreading.

People with one vaccine dose are less protected against that variant and it’s contributed to local infection spikes in Grey Bruce and Waterloo Region.

Moore said he’s watching the variant’s impact locally and internationally and that reopening must be done cautiously to avoid losing progress made in the fight against the virus so far.

“It is a difficult adversary. It’s aggressive, it wants to spread rapidly,” he said of the variant.

“We need to be prudent and we need that 21 days to be able to understand the impact of opening on our communities.”

Waterloo won’t reopen with the rest of the province on Wednesday as it manages the rise in infections. Moore said travel from Waterloo into other areas with looser public health rules is discouraged.

Ontario reported 299 COVID-19 cases and 25 deaths from the virus on Tuesday, though the numbers include historic cases just now being counted.

A spokeswoman for the health minister says 90 cases from last year were being counted on Tuesday due to a data review by Toronto Public Health.

Nineteen deaths from previous months are also being counted.