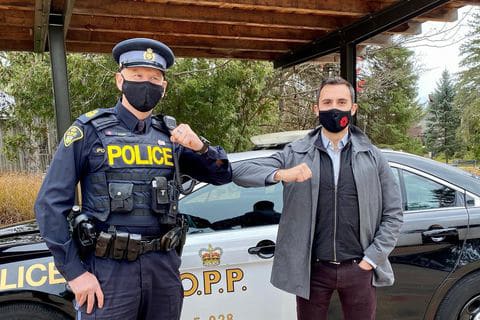 The Province is investing in a new initiative intended to help combat child sex-trafficking.

This framework, the first of its kind in Canada, is designed to help school boards protect students from this crime—the majority of instances of trafficking reported to police are in Ontario.

Human trafficking is one of the fastest-growing crimes in the world, and 55 per cent of all instances reported to police in Canada occurred in Ontario.

As part of the strategy, the health and physical education curriculum for students in grades one through eight will be updated to include educational material designed to help protect students against sex trafficking.

Additionally, all school boards in Ontario will be required to have a plan and anti-human-trafficking protocols in place to help protect students.

In order to support the implementation of this new initiative, the Province is investing $2.4 million in funding which will be used to provide the necessary training and resources, which will ensure school boards and school staff have the tools to recognize, identify, respond and prevent the sex trafficking of children and youth.

“Sex trafficking is an evil crime that preys on children and our most vulnerable. While we continue to crack down on violent offenders, we are focused on the prevention of this crime – and that starts in Ontario schools,” Stephen Lecce, Minister of Education, said in a news release.

“Ontario is now the first province in Canada to require an anti-sex trafficking strategy in all school boards – for every provincially funded school, in all regions of our province. Ontario schools will increasingly play a critical role in preventing, identifying and recognizing the signs of sex trafficking with a singular focus on protecting your child’s safety,” he continued.