In Fort Erie, branches are getting ripped off trees in the high winds. (All photos: David Piano Twitter @ONwxchaser)

As predicted by Environment Canada, the south side of Niagara – Port Colborne and Fort Erie – are getting crushed the hardest in the snow storm hitting southwest Ontario this weekend.

While the municipalities on the northern Lake Ontario side – St. Catharine, Lincoln, Grimsby, Niagara-on-the-Lake – are bracing for a Winter Storm Warning that has already begun, the Lake Erie side municipalities were, instead, issued a Blizzard Warning. 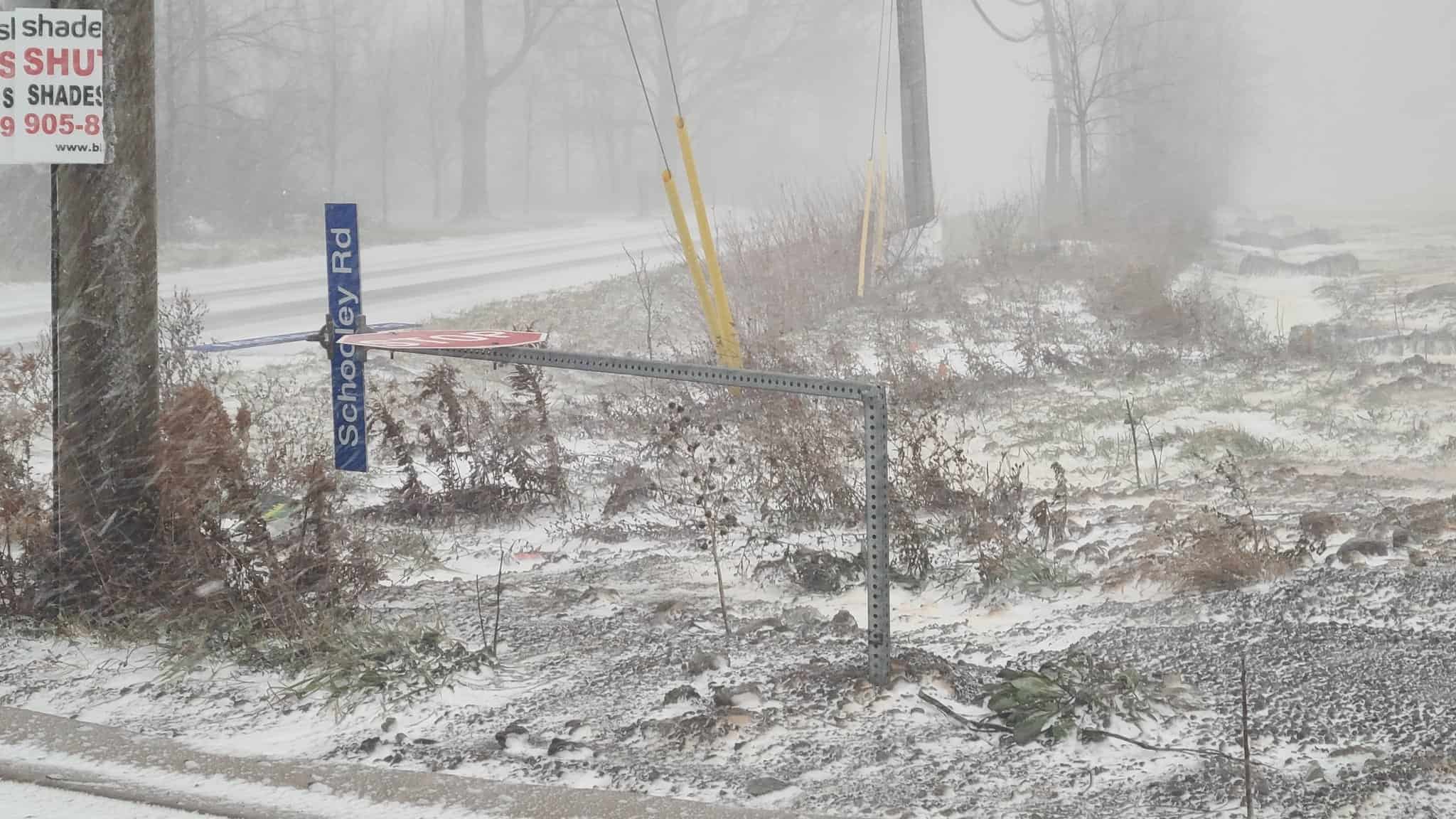 Regardless of side, both Lake Ontario and Lake Erie are seeing 25 to 30 foot waves due to winds hitting over 100 km/h on the water.

Early morning power outages were reported in Fort Erie, Welland, West Lincoln and Pelham.
All 12 Niagara municipalities have issued weather advisories, asking residents to get their cars off the road as plowing is expected to begin within hours in areas where it hasn’t started already.