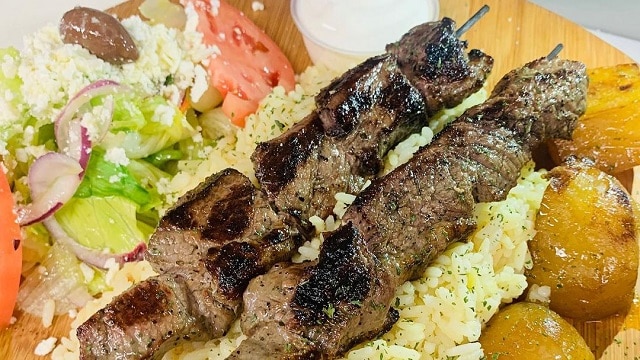 Those who already love this Hamilton resto will be pleased to hear that it’s opening a brand new location elsewhere in the city.

Greek Palace, located at 26 John St. North in central Hamilton, recently announced that they’re in the process of opening a new location on the Hamilton Mountain.

While the exact location and opening date haven’t been confirmed yet, the restaurant is expected to reveal more in the coming months.

Greek Palace serves a variety of Greek cuisine including souvlaki (meat grilled on a skewer, often served with veggies and other ingredients), pita wraps, garlic bun sandwiches, and a selection of dinners featuring pork, chicken, beef, falafel and more.

We’ll update with more information about the restaurant as it comes.

Are you excited about the new location?