The results are in, and a majority of Mississauga residents agree that they’d rather not have a new soccer stadium built in the city — at least not one with a price tag as steep as $50 million.

The idea of building a soccer stadium has been in recent discussions with city council and staff, who say the new stadium could host large national tournaments and would be a potential sports tourism gold mine.

Beyond the tourism and financial benefits, several councillors say Mississauga’s soccer community badly needs a landmark facility — which, if approved, could be built on City-owned land off of Ninth Line in the northwest corner of the city. 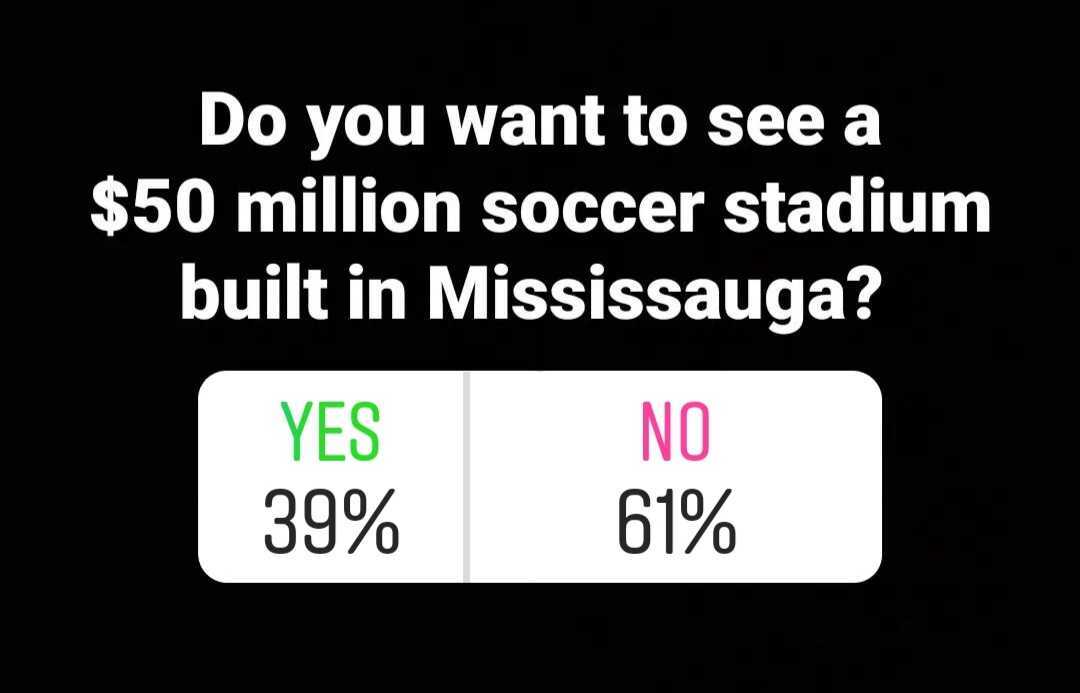 Mississauga mayor Bonnie Crombie falls into that second camp. While the mayor  knows there’s a lot of excitement about a potential new soccer stadium, she doesn’t want such a facility built at the expense of current infrastructure plans, such as development of a new Port Credit Marina.

“I just don’t want to saddle my city with debt, because these big stadiums end up being white elephants,” she said, before somewhat softening her position. “(But) I know it would be a great venue to have, as long as it was funded.”

Despite the opposition, some enthusiastic soccer fans in Mississauga have hope the stadium will be built.

Rob Ditta, co-founder of Sauga City Collective (SCC) — a group formed in 2017 in an effort to have Mississauga included in the Canadian Premier League’s (CPL) inaugural season eight-team lineup in 2019 — says soccer groups in the city are excited once again to be having conversations about a new stadium and the possibility of a pro team.

“A new stadium and club to represent Mississauga in a national league would be something truly special if it’s done correctly,” said Ditta.

“Mississauga has always been a soccer city. The number of people registered in league programs, academies, playing on local fields, at indoor facilities, is enormous and represents the love of the sport by the people who call this place home.”

Ward 4 Councillor John Kovac, who along with Saito introduced a motion at Council in April 2018 to study the feasibility of building a major soccer stadium, has said he’s cautiously optimistic about both a stadium and CPL expansion team.