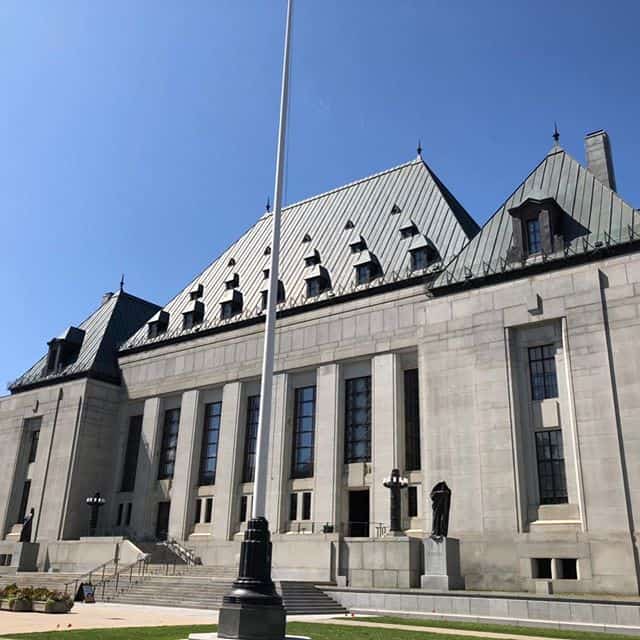 TORONTO — Ontario’s police watchdog is asking Canada’s top court to decide whether the agency has the power to take a second look at its own decision to refer a complaint to a disciplinary hearing.

The application, by the Officer of the Independent Review Director in a case in which a Black family alleged they were brutalized by Toronto police, argues the Supreme Court of Canada needs to weigh in on the limits of police oversight.

“Leave is sought because the Court of Appeal’s interpretation blocks principled reconsideration by a director, even in the face of new evidence which may affect the outcome,” the leave application states. “This matter is literally of national importance. Every jurisdiction in Canada has a police presence.”

The case, which comes amid renewed questions across North America about police oversight, arose in April 2014, when 19 Toronto police officers smashed in the front door of the Stanley family’s townhouse based on a tip about a firearm. None was found and no one was charged.

The Stanleys alleged police misconduct. They said Const. Chris Howes had stomped on a family member’s head or neck while he was lying handcuffed on the ground. They alleged assault, that police were deliberately destructive, made racial slurs, and even ripped open urns with the ashes of deceased pet dogs.

In March 2015, the independent review director said evidence suggested “serious misconduct” against Howes for use of excessive force. The director, Gerry McNeilly, referred the matter to Toronto’s police chief for a disciplinary hearing.

However, a police inspector complained to the watchdog that investigators had made a serious error in transcribing Howes’ statement.

As a result, records show McNeilly reopened his office’s investigation. He told the Stanley family the initial probe had been flawed and the findings suspended but made no mention of the conversations with Toronto police.

In its look at the case, Ontario’s Divisional Court rapped the watchdog for the secretive, back-channel chats with police.

“Independence is central to the OIPRD’s role in providing a public complaints system against police officers,” the court said. “These undisclosed communications give rise, at least, to an appearance of unfairness and compromise the independence of the director.”

The court ordered a completely fresh investigation of the family’s complaint. The director, backed by Toronto police, turned to the province’s top court.

In April, the Court of Appeal ruled McNeilly had no power to reconsider his initial referral. However, it also set aside the Divisional Court order for a fresh investigation, saying there was little point so many years later. It did not address the lower court finding that the director’s reconsideration had compromised the office’s independence.

“Divisional Court and the Court of Appeal cannot agree on what clearly are the fundamentals,” the review director’s application to the Supreme Court states.

The Appeal Court did say Howes should face a disciplinary hearing. However, it also noted the director had now acquired the authority to reconsider his referrals, and could do so in this case.

“It is my expectation that leave to appeal would be denied,” Pieters said on Tuesday. “The OIPRD needs to focus on the public interest in remedying police misconduct and maintaining public confidence.”