Tyrique Harmer was arrested after a search warrant was executed by Hamilton police at a residence in Stoney Creek.

A search warrant was executed by Hamilton police and it led to the seizure of a loaded gun, ammo, and drugs from a Stoney Creek residence Thursday (Jan. 13).

“This is not the end,” said a spokesperson for the Hamilton Police Service. “(We) will continue to engage with our community, police partners and share information in order to provide community safety.”

Tyrique Harmer, 19, of Hamilton is facing the following charges: 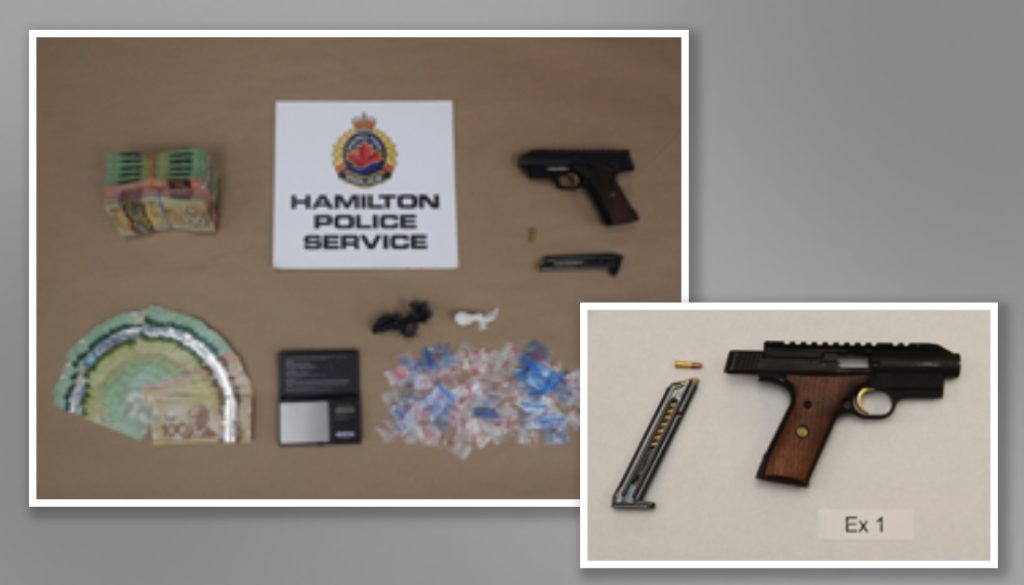 “The citizens of Hamilton need to continue to feel safe in their communities and as a community, we need to stop gun violence,” police added. “Public safety is a shared responsibility, in which both citizens and police have important roles.”

Police say Harmer was taken into custody and is being held for bail.