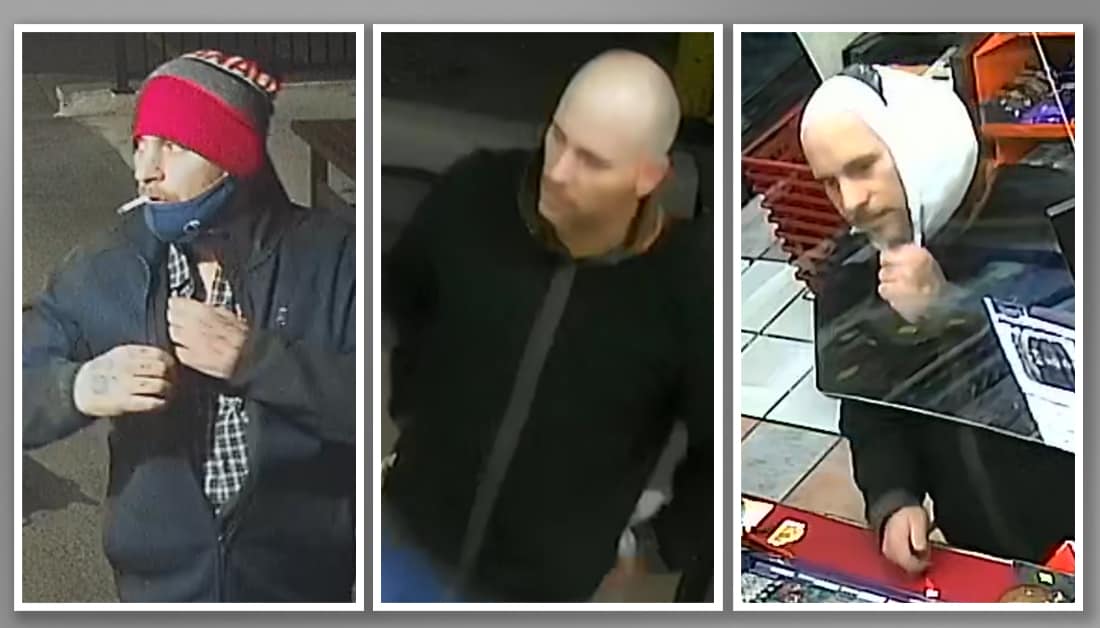 Hamilton Police are asking for the public’s help to identify a man wanted in connection to four recent robberies in the city’s downtown core.

Police said in a press release issued Thursday (Nov. 18) that on Nov. 11 just before 4:30 a.m. a man entered the Hasty Market on John Street South armed with a weapon and demanding cash.

The suspect then fled the scene on foot, westbound on Young.

Later that same day, at around 10 p.m., police said th same suspect is believed to have walked into the Big Bee on Hunter Street W, insisting he was with a gun and demanding cash. Police said in this instance, no gun was seen and the supect was seen fleeing on Caroline Street.

The following night, police said the suspect went to the same Big Bee store on Hunter and again demanded cash but was unsuccessful and fled the scene.

A short time later, police said the suspect then entered Durant Milk on Robinson Street and demanded cash. A brief struggle with a store employee ensued and he was able to get away with an unknown amount of cash before fleeing on foot.

The investigation has been taken over by the Break and Enter, Auto Theft and Robbery (BEAR) Branch and detectives are appealing to area residents and businesses in the areas of the crimes to review their security cameras for these dates and times and to contact police.