Police have not yet said who they’re searching for in connection with the shooting death last night (Nov. 2) of a man near Meadowvale Community Centre in the city’s north end.

The victim was found on a pathway south of the community centre, which is located just east of Meadowvale Town Centre shopping mall.

Peel Regional Police say they received the call at about 9:45 p.m. and that the man was pronounced dead at the scene a short time later.

Tight-lipped investigators have not yet released any suspect descriptions, nor have they revealed the name or age of the victim.

The deadly shooting is the latest in a rash of similar violent incidents that have shaken west Mississauga neighbourhoods so far in 2022. 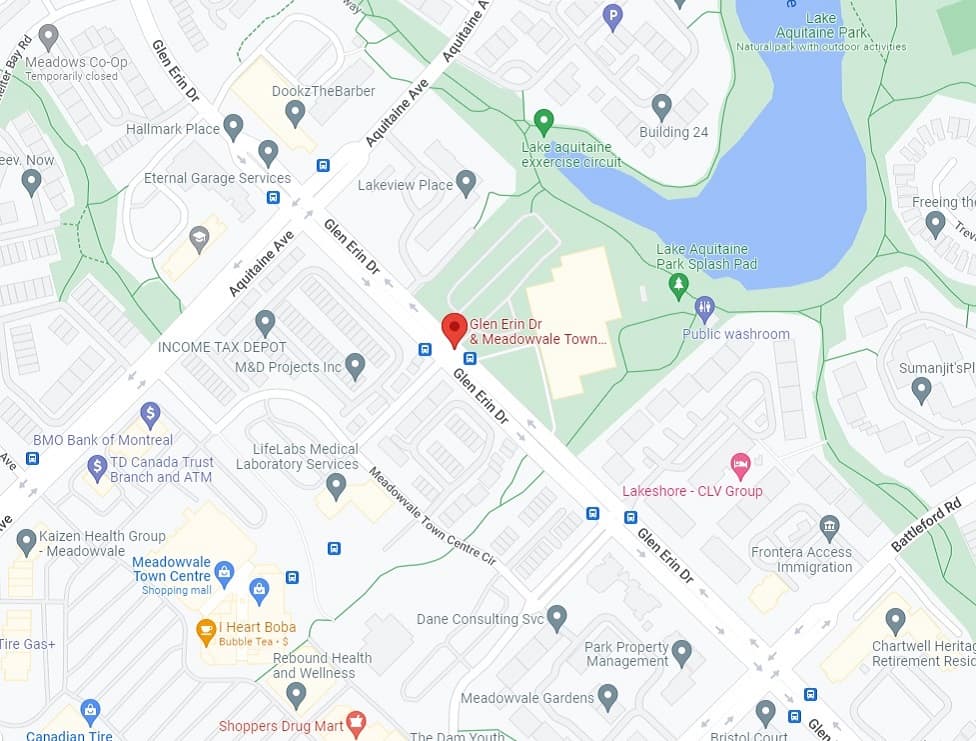 The victim was found shot to death behind Meadowvale Community Centre on a pathway by Lake Aquitaine (upper right on map).

Twice so far this year, Peel police have set aside Saturdays to go door to door in Meadowvale-area neighbourhoods–and Erin Mills as well–in search of information related to shootings, some of them fatal.

The en masse police efforts also sought to offer safety tips to area residents and assure them everything possible was being done to solve the violent crimes.

Investigators with the Peel police 11 Division Criminal Investigation Bureau said at the time that the effort was also intended to raise awareness among residents of the Glen Erin Dr./Britannia Rd. neighbourhood so they can take necessary precautions to keep safe.

UPDATE:
– Victim is an adult male
– Victim located on a pathway south of the community centre
– Command Centre is on scene
– Homicide Bureau is being briefed
– FIS on scene
– Roadways will continue to remain closed
– Pls contact #PRP with any information related to this shooting