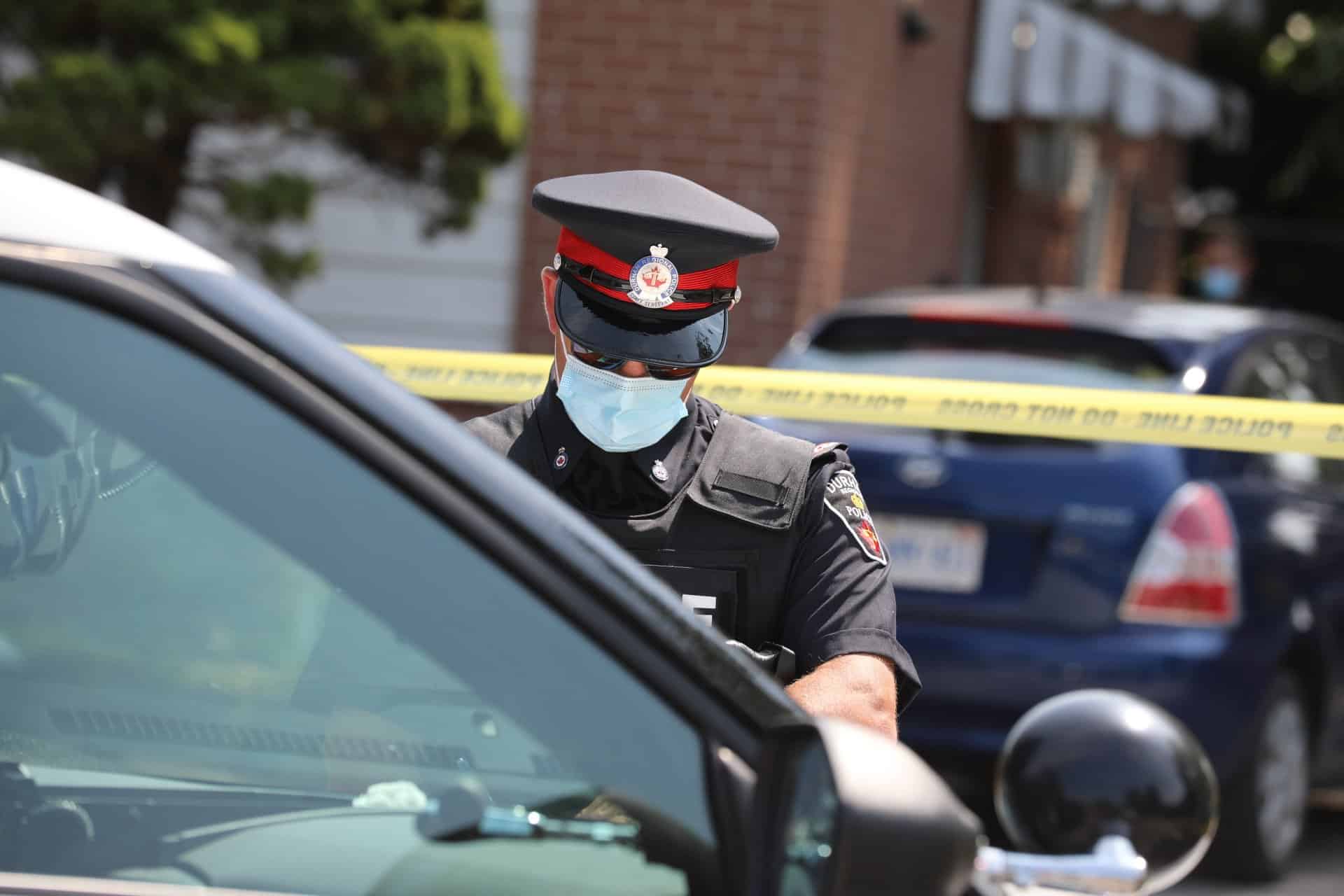 Durham Police have a description on two suspects involved in a brazen mid-day shooting in Ajax that left a 21 year-old in hospital with serious gunshot wounds.

Police responded to the shooting on Tulloch Drive just after one p.m. and found the victim with serious but non life-threatening injuries after he was shot in the leg. Two suspects were seen fleeing the area but were not found.

Police say the shooting was not a random act

The first suspect is described as male, Black, with a thin build and approximately 5’5″ tall with dreads. The second suspect was described only as a White male.

Anyone with new information about this investigation is asked to contact D/Cst. Shaddick of the West Division Criminal Investigations Bureau at 1-888-579-1520 ext. 2432.