Police Officer Charged in Collision that Killed a Motorcyclist in Mississauga 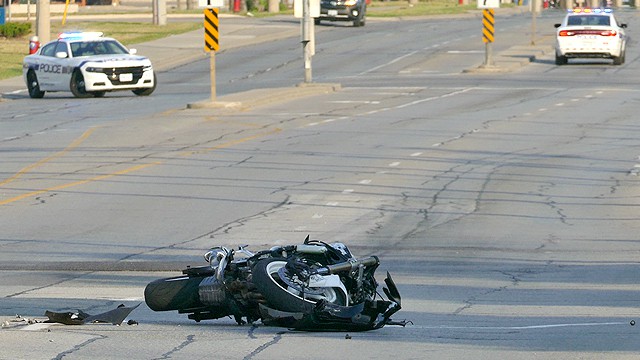 An officer with Peel Regional Police has been charged after a fatal Mississauga collision that happened back in June, according to a report from the Special Investigations Unit (SIU).

On June 19, 2016, the SIU began investigating a collision between a PRP cruiser and a motorcycle which took place in the area of Tomken Road and Derry Road. The driver of the motorcycle, a 41-year-old man, was pronounced dead at the scene.

The officer in question, Constable Brandon Strain, is believed to have committed a criminal offence and is being charged with one count of dangerous driving causing death.

Strain is expected to appear before the Ontario Court of Justice at 7755 Hurontario Street in Brampton on January 9, 2017.

As the case will soon be going to trial, the SIU has stated that it will make no further comments.