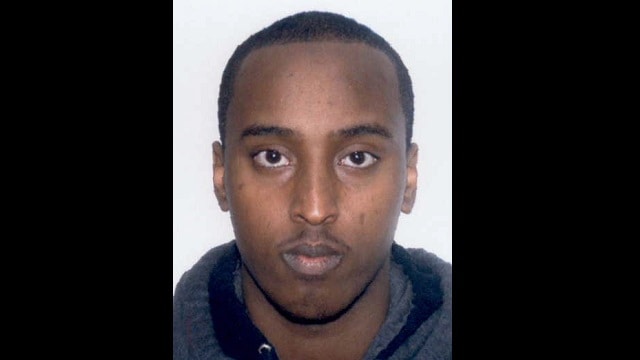 Peel Regional Police are seeking the public’s assistance with an investigation into the murder of a 17 year-old that happened in Mississauga in 2016.

On Sunday, February 7 at around 1:00 a.m., police responded to a call regarding an altercation at a business in the area of Derry Road and Airport Road.

When officers arrived on scene, they found the victim suffering from a gunshot wound.

Sharmarke Farah, a 17-year-old resident from Toronto, was rushed to a local hospital where he later succumbed to his injuries.

Today (April 10, 2017) investigators have issued a Canada-wide for the arrest of 20-year-old Mohamud Kheyre, who is suspected of first degree murder.

Kheyre (pictured above) is described as a male of Somali decent, dark complexion, 6’5” feet tall, and 200 pounds with a heavy build. Investigators believe he is actively evading arrest and may have fled the country.

If you see Kheyre, you are strongly warned not to approach him and instead contact police immediately at 905-453-2121, ext. 3205. Information may also be left anonymously by calling Peel Crime Stoppers at 1-800-222-TIPS (8477), or by visiting www.peelcrimestoppers.ca or by sending a text message to CRIMES (274637) with the word ‘PEEL’ and then your tip.